Friday 27 November 2015
AMSA and the Australian Seafarers’ Welfare Council would like to congratulate David Lynn and Simon Luff of Allways Shipping Pty Ltd for winning the 2015 Seafarer Welfare Award.

This award recognises the corporate commitment of a company to the mental, physical and pastoral welfare of seafarers.

In February 2015, two crew members onboard the heavy lift vessel Happy Buccaneer were seriously injured while the vessel was alongside Roy Hill wharf in Port Hedland, Western Australia. Both men suffered serious leg injuries and were flown to Perth for medical attention. Sadly one man’s leg was amputated.

This award recognises the efforts of David Lynn and Simon Luff of Allways Shipping Pty Ltd, who acted beyond the mandatory requirements of the Maritime Labour Convention (MLC) 2006. David Lynn and Simon Luff made sure the welfare and wellbeing of the two crew members was addressed and were instrumental in making sure the two men were well cared for.

Their efforts included; providing regular updates on the ongoing status of their health and wellbeing, providing necessary personal needs, being an essential conduit between the authorities and welfare committee members who were able to visit regularly, lightening up their day and making sure they were in ‘good spirits’ given the tragic circumstances. They also facilitated a visit from a family member overseas, which was an enormous boost to moral and assisted with his recovery.

The additional concern and care that was taken sets a benchmark for ship agents in seafarer welfare and demonstrates to the global shipping industry Australia’s commitment to the welfare of seafarers. 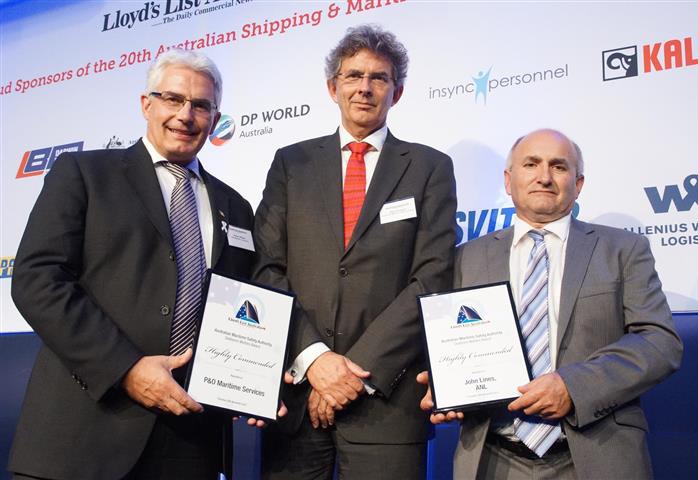