James joined AMSA in 1993 and over the years worked in the Navigation Safety, International Relations and Ship Safety areas.

James strived for the highest levels of navigation safety, through the provision of simple and practical advice for the upkeep of AMSA's aids to navigation network, establishment of ships’ routeing systems and the provision of maritime safety information for navigators.

Before joining AMSA, James had a long and illustrious naval career where he served on ships supporting Australia's participation in the Vietnam War.

James is perhaps best known as the commanding officer of the survey ship HMAS FLINDERS, responsible for surveying and charting what is now known as Hydrographers Passage.

The passage significantly shortens the shipping route for vessels carrying Australian coal from the Port of Hay Point to Asian markets. This route has had a major impact on the economic viability of Australia's coal export trade.

James retired from AMSA in 2013 after more than two decades of dedicated service.

AMSA Chief Executive Officer, Mick Kinley said that James will be sorely missed.
“He was a well-liked and respected man who embodied the best of Australian maritime tradition,” Mr Kinley said.

“He could explain the dark art of navigation so that engineers like myself could understand it, he was unflappable and always kept his sense of humour.”

James is survived by his partner Robin, daughters Melanie and Sharon, and son Jamie. 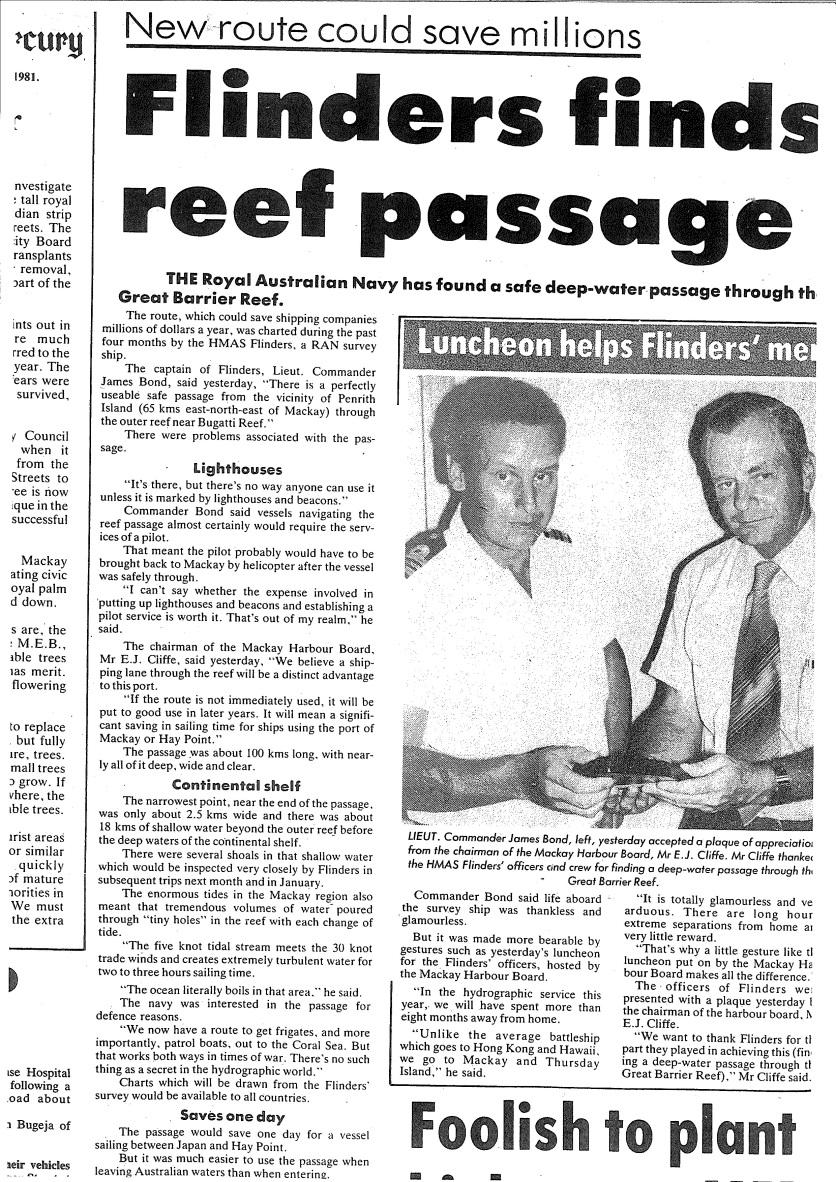 James joined AMSA in 1993 and over the years worked in the Navigation Safety, International...