Thursday 17 September 2015
The Australian Maritime Safety Authority is warning members of the public of the potential dangers posed by toxic canisters that have been reported washing up on Australian beaches.

Since February 2012, emergency services have received reports from the public of small unlabelled canisters washing up along the coast in the Torres Strait, Queensland, New South Wales, South Australia and Tasmania. In the last few months reports have been received of canisters washing up in the Western Cape York region and in Yeppoon in Central Queensland.

The canisters contain a rat poison known as ‘aluminium phosphide’, a white to grey solid which is hazardous to humans.

When the canister is opened, the powder reacts with moisture in the air to release phosphine gas, which is also highly toxic to humans.

The gas has a strong odour that can smell like garlic, rotting fish or urine, but it can quickly dull the sense of smell.

Exposure can cause symptoms such as headaches, nausea, vomiting, difficulty breathing, dizziness, tightness of the chest, diarrhoea, fluid in the lungs, liver/kidney damage, and in severe cases death.

The gas is also flammable and can spontaneously ignite causing burns or small explosions.

Most aluminium phosphide is imported into Australia from China and Africa, and the unused nature of the canisters suggests they have come from an unreported shipping cargo loss sometime before February 2012.

Queensland and New South Wales Fire and Emergency services have dealt with over 40 canisters washed up since 2012.

AMSA will continue to monitor the situation and provide technical advice to local hazmat and emergency response services.

The canisters are silver in colour and approximately 22 centimetres tall. They have a tapered top with a screw in lid.

Although most canisters are airtight, there have been examples where the seals were broken, presenting a serious danger.

Canisters should not be moved or opened and any sightings should be reported to emergency services on 000. 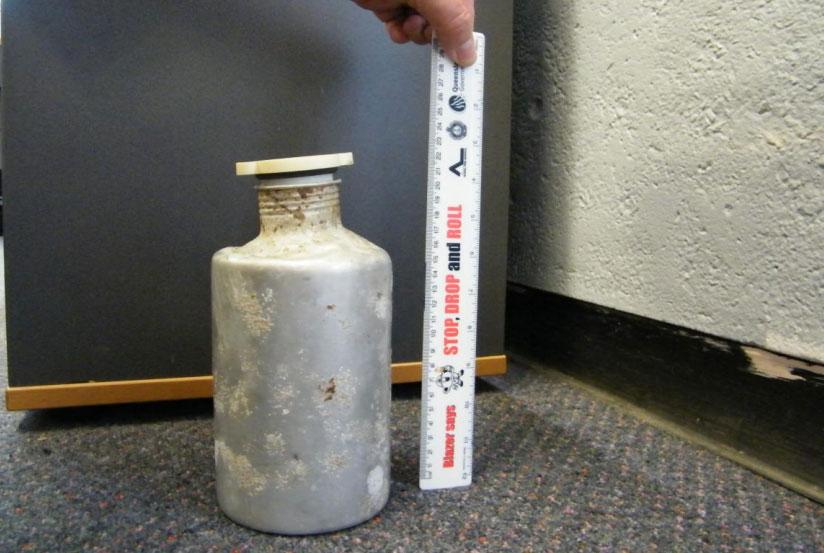