A shroud of scaffolding over Cape Naturaliste Lighthouse will soon be lifted to reveal the stunning result of restoration works on the Western Australian tourism icon.

Built in 1903 out of limestone quarried from nearby Bunker Bay, the lighthouse stands on a 100-metre bluff overlooking beautiful Geographe Bay.

It is one of the most popular attractions in the Leeuwin-Naturaliste National Park and Margaret River regions, with more than 75,000 visitors a year.

Our Aids To Navigation (AtoN) team is overseeing works to ensure its longevity as a vital marine safety aid, and culturally-significant tourist drawcard. 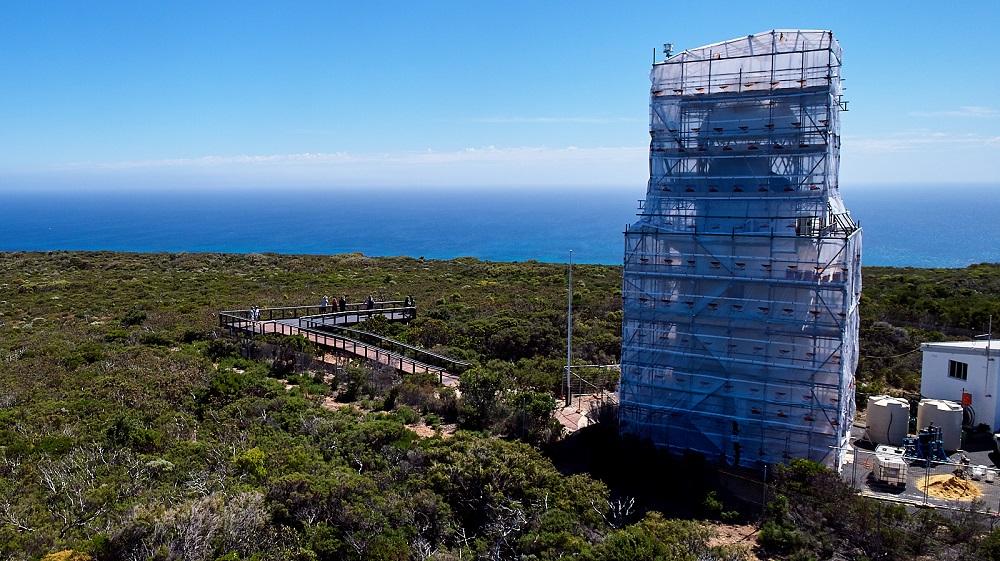 This restoration program includes a full repaint inside and out, and repairs and strengthening work on the concrete balcony and internal staircase. It is only the second time work of this scale has occurred since the lighthouse was constructed and it complements a recent upgrade of the precinct by the tourism operator—including the three cottages that used to be used for lighthouse keepers prior to the site being automated.

While visitors are unable to climb the tower during the works, they can still take full advantage of the ocean views from the new observation deck at the base of the lighthouse. We expect the work will be finished and the scaffolds removed by the end of May 2019.

Cape Naturaliste was the first major light in Australia to be fitted with a vapourised kerosene burner and is one of three AMSA-managed lights open for public access in WA—the others are Rottnest Island and Cape Leeuwin. It was built over a 10-month period during 1903 at an estimated cost of 4800 pounds.

Its construction illustrated the development of coastal navigation in Australia and the evolution of lighthouse design after Federation.

With the cape already 100 metres above sea level, the lighthouse was only designed to be 20 metres in height. 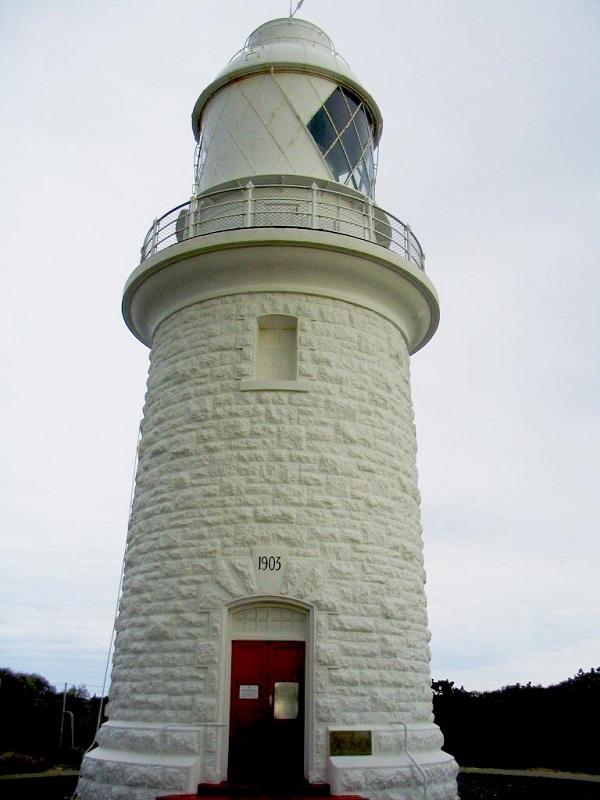 Its 14-foot diameter lantern was manufactured by Chance Brothers of Birmingham, England, who supplied the equipment for most of Australia’s early lighthouses. It was manned by three keepers who lived on-site—one head keeper and two assistant keepers and their respective families.

Night watches were divided into three periods—one for each keeper—during which the clockwork had to be wound and the kerosene pumped into the burner.

The lighthouse was converted to automatic operation in July 1978 and was the last manned lighthouse on mainland Australia, with the last keeper leaving in 1996.

The light’s white beam is visible for 26 nautical miles and identifies itself to mariners by flashing twice every 10 seconds with a 2.5 and 7.5 second interval.

A notable event in the lighthouse’s history occurred in 1907 when the Carnarvon Castle caught fire on her way from Liverpool to Melbourne. The crew transferred to lifeboats and were stuck in gales and high seas during a gruelling 24 day journey to find land.

For the victims of this wreck the Cape Naturaliste light was a beacon of salvation which guided them finally to land, suffering from dehydration and exposure.

Using ropes the lightkeepers pulled 14 survivors from the bottom of the cliffs to safety, where they were then cared for at the lighthouse station for 10 days until they could travel.

Photos of the lighthouse under scaffold courtesy Tod Kearns.

The construction phase and later resupply efforts resulted in a number of fatal and near fatal...

100 years of national management of lighthouses

Today is the centenary of the Australian Government's management of lighthouses and other aids to...