AMSA received a distress signal from the 15-metre catamaran about 9:40am (AEST) as the vessel was experiencing difficulties in making headway.

AMSA’s Response Centre tasked a C-17A Globemaster III aircraft from No. 36 Squadron (36SQN) which was en-route to RAAF Base Scherger.  The aircraft conducted a search and rescue mission around 75 kilometres off the coast of Weipa.

Requested to investigate the Tortuga in distress, the C-17A crew attempted to make contact via marine guard channels but received no response.

Wing Commander (WGCDR) Dean Bolton, Commanding Officer 36SQN said the crew were able to relay the exact coordinates and position of the vessel.  The catamaran also activated its emergency beacon to confirm its location.

“The catamaran crew did not appear to be in immediate danger so following a period of observation, the crew continued on their assigned mission,” WGCDR Bolton said.  “After landing at RAAF Base Scherger, the crew contacted AMSA’s Joint Rescue Coordination Centre and relayed their observations.”

The AMSA Response Centre tasked Babcock's Horn Island-based helicopter and the Cairns-based Challenger 604 to the rescue location and a satellite phone was dropped to the vessel enabling contact to be made with the sailor.

“AMSA thanks the RAAF for its assistance on this rescue, as having interagency engagement helps to improve search and rescue coordination and collaboration,” Mr McEvoy said. 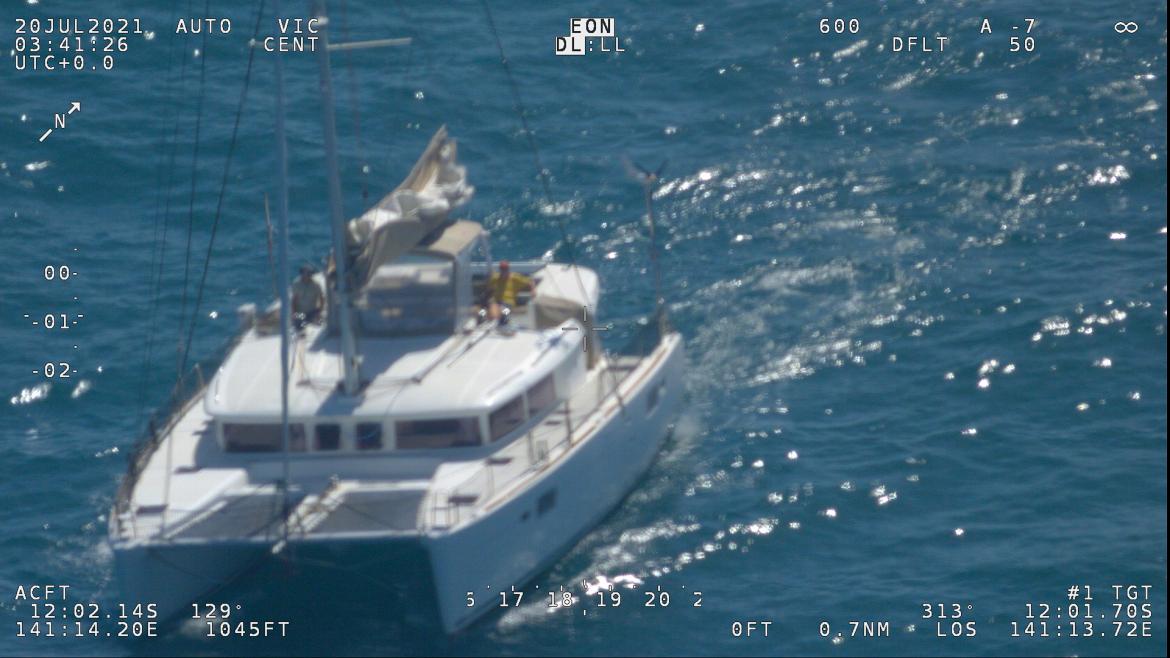