AMSA, together with their National Plan stakeholders, produce an annual National Plan ‘On Scene’ newsletter. The newsletter provides an opportunity to provide updates on legislative changes, incidents, training and exercise.

On 5 February 2019, the MV Solomon Trader carrying around 700 tonnes of heavy fuel oil ran aground in Kangava Bay, Solomon Islands.

Under direction from the Department of Foreign Affairs and Trade, AMSA mobilised an offshore pollution response, alongside the Solomon Island's National Disaster Management Office (NDMO).

The team focused on the recovery of oil using the NOFI Current Buster and skimmers, and with little or no new oil leaking, the salvage operator re-floated the vessel on 11 May.

AMSA carried out pollution surveillance during and after the re-float and on 12 June the MV Solomon Trader was towed to Port Moresby, where further repairs were carried out before it was towed to its final destination in Singapore. 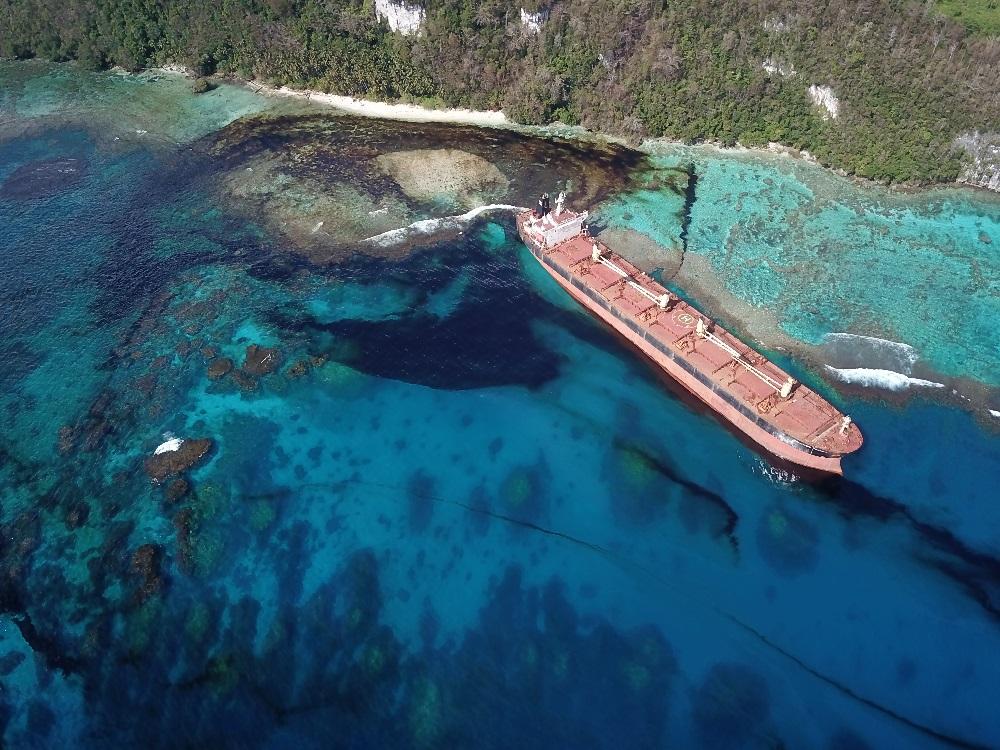 AMSA has taken the next step in the ongoing effort to clean-up containers lost overboard from the YM Efficiency by announcing a tender for salvage operations.

CEO Mick Kinley said AMSA is once again stepping in as Yang Ming and their insurers have consistently failed beyond the initial response, to initiate clean-up action in a timely and meaningful manner.

“We are disappointed by the lack of action to clean up this mess. Yang Ming have both a moral and legal responsibility to recover their pollution from our coastal environment.

“Leaving the containers in the sea poses an unacceptable environmental risk for the local community and future generations and presents safety risks for local fishers.

“Our lack of satisfaction with the company’s performance was further tested in July when an AMSA targeted inspection identified another of Yang Ming’s ships, YM Eternity, arriving in Australia without some of its cargo properly loaded and secured. AMSA detained that vessel and is considering further action” Mr Kinley said.

This is not the first time AMSA has had to initiate action for the clean-up of the containers. In November 2018, AMSA contracted a remotely operated underwater vehicle operator to conduct a subsea search for the containers and the debris field.

“While it may not be realistically possible to recover all the containers and associated debris AMSA is committed to finding the best possible outcome with consideration to the full range of stakeholders affected by this incident.” Mr Kinley said.

AMSA intends to pursue the recovery of all costs associated with the clean-up from Yang Ming and their insurers.

Get the latest updates on the YM Efficiency clean-up operation. 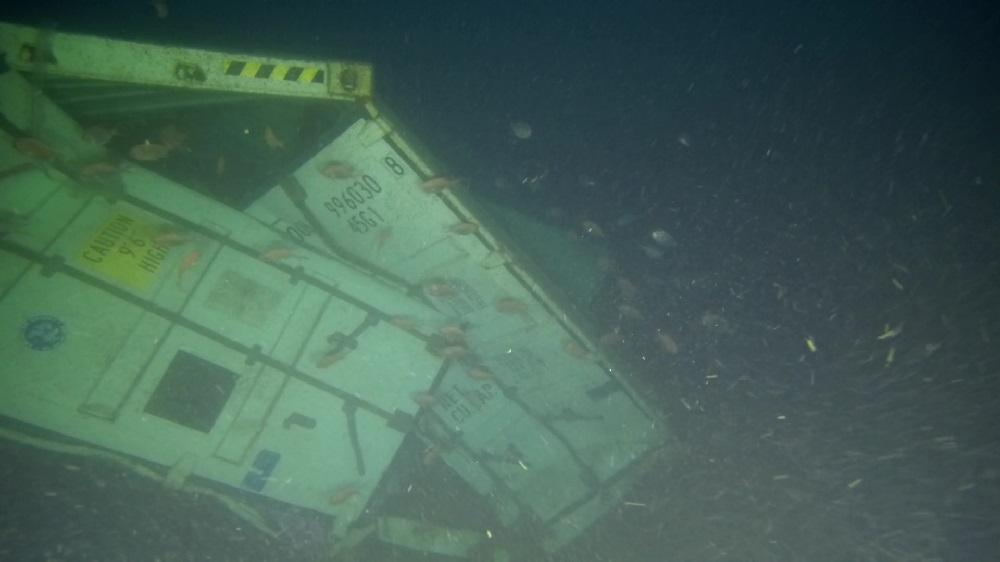 A number of exercises, training and workshops were conducted throughout the reporting period. For a full overview of the workshops, read more:

More than 140 personnel were briefed on their assignments, which included a comprehensive exercise observer program. The exercise objectives were to validate the safe, effective and timely shoreline and oiled wildlife response operations within an assigned divisional area with support of a divisional staging area.

Exercise Dampier Challenge also tested innovative responses such as the drone-guided Marko Skimmer to skim simulated oil and a Rapid Assessment Team to respond to reports of oiled wildlife and shorelines. 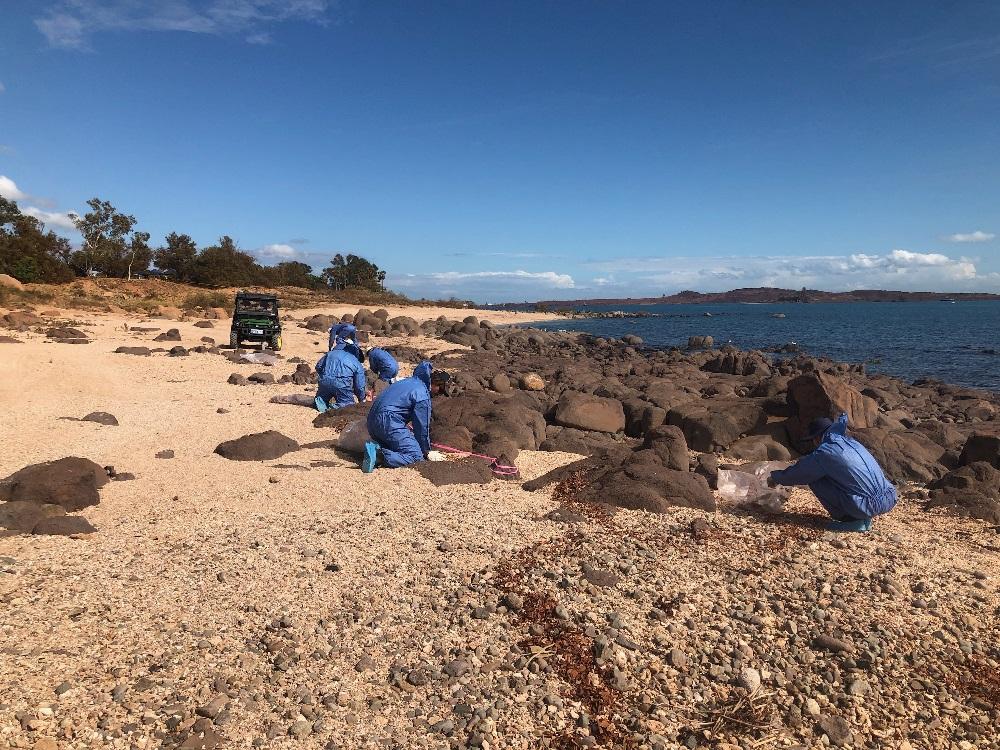 Operations for real life marine pollution incidents, such as the 2009 MV Pacific Adventurer in Queensland and the 2011 MV Rena in New Zealand, involve thousands of responders.

The MPR course provides an improved learning environment with a smaller learner to trainer ratio, allowing for more targeted coaching and mentoring.  In each course, the functions of Operations, Planning, Logistics, Finance and Public Information are underscored by common skills in communicating, sharing information and working towards the Incident Controller’s intent and desired outcomes in one cohesive incident management team.

Under the previous stand-alone, functional courses model, each jurisdiction was provided the opportunity to nominate three participants only for a functional course per year.  Under the new MPR model, this number has doubled to six.

On successful completion of an MPR course, participants are awarded a Statement of Attainment for their enrolled function:

It replaces the previous five-day IMT course and focusses on all agencies and all hazards, plus marine pollution specific activities.

Participants are awarded the Statement of Attainment - 22459VIC Course in the Australasian Inter-service Incident Management System.

Completion of the AIIMS Awareness Course, or an understanding of AIIMS attained through previous courses or work experience, is an expectation prior to enrolment on MPR courses

Register for your spot today. Perth was host to Spillcon 2019 from 20-24 May as part of the triennial series of global marine oil spill preparedness and response events.

Over 400 full delegates attended, including 230 from Australia, plus delegates from 28 countries including the United Kingdom, United States of America, Norway, South Korea, New Zealand, Indonesia, Canada and China.

The IMO sponsored ten people from South-East Asia and the Pacific Islands to attend, providing the delegates an opportunity to draw on the expertise of Spillcon participants and exhibitors, and networking with international and regional experts.

The conference program covered updates on oil spills, a greater focus on international activities and a presentation from the Shanghai Maritime Safety Administration on the collision and sinking of the MT Sanchi.

Concurrent with the 2019 Conference was the introduction of a schools program run in partnership with Australian Marine Environment Protection Authority (AUSMEPA).  There were 120 senior school students and teachers from 10 schools that attended a schools mini-symposia on shipping and oil and gas industry activities and the associated spill risk, oil spill response preparedness and environmental sensitivities.

Details on Spillcon 2022 are yet to be announced.

Earlier this year, CSIRO scientists were invited to join the Norwegian Meteorological Institute (MET) for an oil spill monitoring campaign during the annual Oil on Water exercise (OOW).

The real-life spill situation led by the Norwegian Clean Seas Association for Operating Companies (NOFO), was an opportunity to test and validate oil spill response technologies on oil that has been released in open waters.

In a project co-funded by CSIRO and AMSA, CSIRO scientists Dr Xiubin Qi and Mr Mederic Mainson travelled to Norway in June to participate in the OOW exercise, a first for an Australian organisation.

It was an opportunity for CSIRO to test its oil in water monitoring equipment and collaborate on response science and technology. 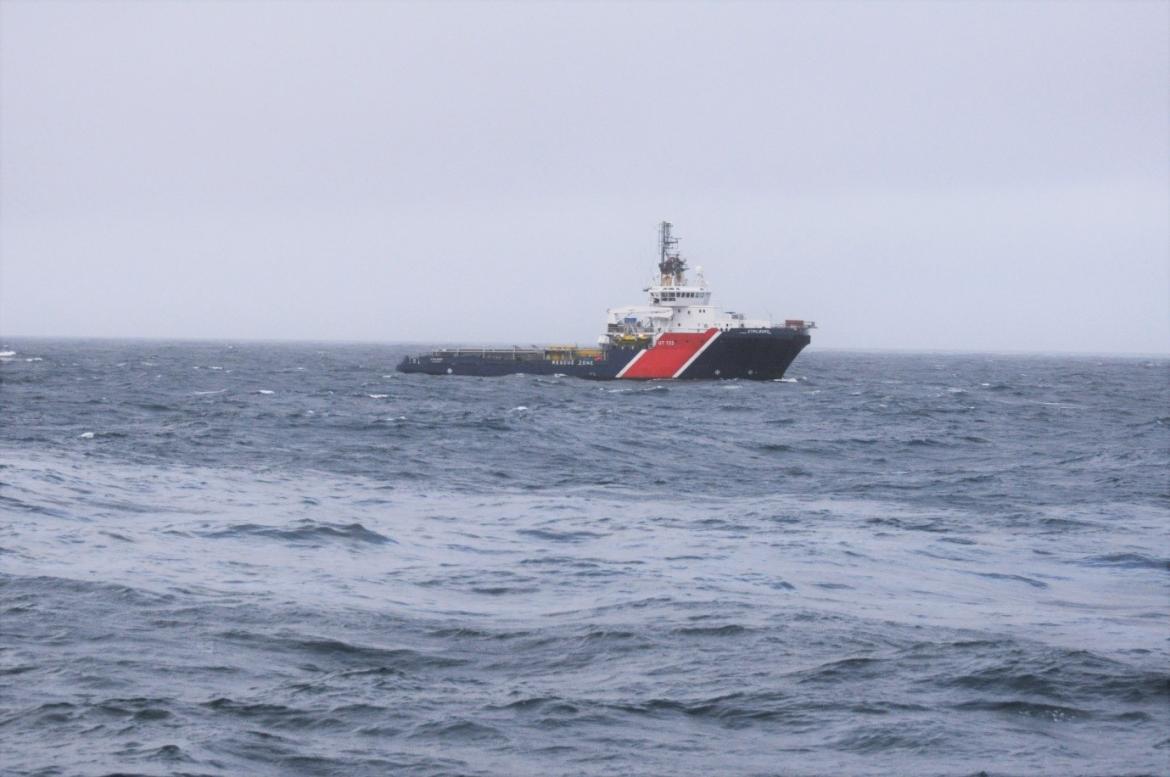 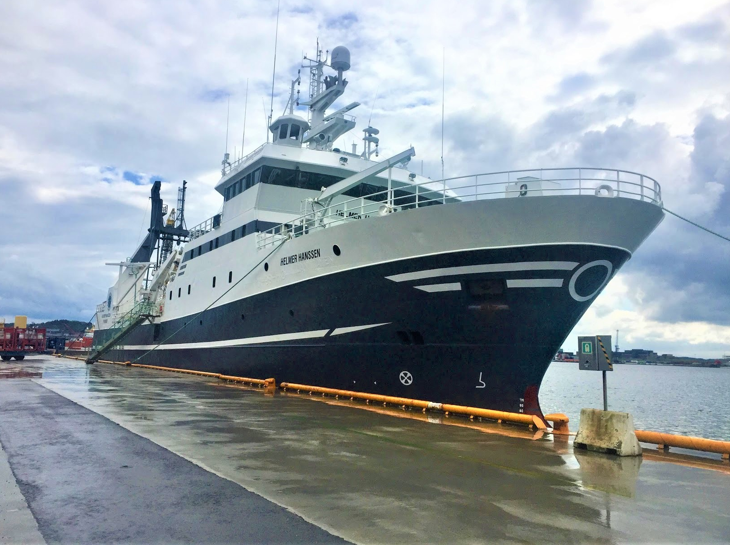 Highlights included opening remarks from AMSA General Manager Response, Mark Morrow, on the importance of the intelligence roles and functions, case studies on the importance of factoring indigenous engagement and cultural values urgent decision-making, alongside the technical, chemical and physical components of a spill response.

Participants were treated to two different, but equally inspiring, presentations of the Kaurareg people of the Torres Strait.  Enid Tom and Milton Savage represented the views of the two Kaurareg Native Title corporations, and provided insights through their personal and family experiences of surviving spills and hardship, and the challenges of working with governments.

Kaurareg elders recounted the struggle of Kaurareg and its governance structures, and their personal experiences following the Oceanic Grandeur spill on 1970. This incident and its ecological, economic and cultural impacts continue to challenge many living in the Torres Strait.

Sessions on the MV Solomon Trader incident focussed on Solomon Island cultural aspects of the response operation, plus the drone technology and impact assessment investigation to the remote and challenging response.

The innovation session on the last morning allowed the real ‘technophiles’ to see and hear about the new technologies, from how to gather data using aerial and maritime drones, to how to view it using RPS’s new trajectory model viewer. The escorted tour of the Cairns aquarium had people considering the ecological, cultural, economic, and reputation values in a region largely dependent on rainforest and reef tourism, and how a spill and response would impact this.

Mark will be spending his time working in AMOSC’s operations team to ensure its equipment preparedness in a response.

The three-year project involved remedial works on equipment and loading sheds around Corio Quay, including replacement of 40-plus year-old concrete sheeting.

Careful planning and execution of the works meant AMOSC maintained its readiness for an incident response.

A list of some of NOPSEMA’s new or updated publications relating to management of oil pollution risks are listed below.

Subscribe now and stay in touch with the latest on environmental management in the Australian offshore petroleum industry.

Earlier this year, the Department of Industry, Innovation and Science published a revised Offshore Petroleum Incident Coordination Framework incorporating learnings from its involvement in the 2017 Exercise Ningaloo Challenge.

The framework guides coordination of the Australian Government in the event of an offshore petroleum incident in Commonwealth waters.

It describes how the department will coordinate activities with relevant agencies, oil and gas companies and the National Offshore Petroleum Safety and Environmental Management Authority.

It clarifies the role of the Offshore Petroleum Incident Coordination Committee (OPICC) in relation to whole-of-government crisis committees and defines the specific responsibilities of the OPICC and participating agencies.