The awards are held as part of NAIDOC Week celebrations to recognise inspirational Aboriginal and Torres Strait Islander people who make contributions in areas such as music, art, culture, community, sport and employment. The awards were presented on Thursday Island last Friday night.

Since then, Uel has played an important role in delivering the Torres Strait Marine Safety Program (TSMSP). Earlier this month, Uel commenced in the role of Indigenous Maritime Safety Officer for the Torres Strait following completion of his traineeship.

Uel has approached his duties with enthusiasm and demonstrated a great willingness to learn with the completion of a number to training courses during the past 12 months. In addition to his day to day duties, he completed his Certificate IV in Workplace Assessment and Training, Workplace Health and Safety and Government, as well as the Traditional Inhabitant Coxswain Certificate and Marine Operators Certificate and helicopter underwater escape training. He is also part way through his Certificate II Coxswain course.

Uel has played a significant role in the delivery of various training packages under the TSMSP. He has proven himself capable of independently delivering sessions to students and has done so to a wide range of audiences including school students, indigenous and non-indigenous adults groups and at the Australian Defence Force’s Defence Indigenous Development Program.

This award provided AMSA with the opportunity to highlight the hard work and dedication of Uel. 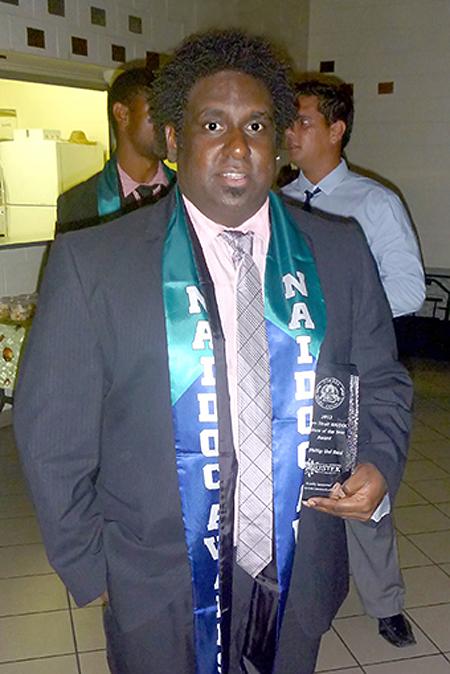