Search and rescue arrangements in Australia

The Australian states and territories work with us to coordinate an effective search and rescue (SAR) service.

Our SAR service is framed by the federated nature of the country. It brings together the strengths of the Commonwealth, states and territories in a collaborative and cooperative arrangement.

As with many countries, the design and provision of Australia's national SAR service has developed over time to meet the geographic and cultural needs of our nation.

Combining Australia's large land mass, small population and active lifestyle, Australia has established a cooperative SAR arrangement between AMSA, the state and territory police, and the Australian Defence Force. These three organisations make up Australia's SAR authorities, with many other SAR organisations acting in support, including:

With a number of parties involved in SAR response across eight states and territories, Australia’s SAR system is based on collaboration, cooperation and the concept of operational coordination by the authority best placed to do so.

The NATSAR Council is the national coordinating body for SAR response arrangements in Australia and is made up of representatives from the following SAR authorities:

Logo of the NATSAR council

The Intergovernmental Agreement on National Search and Rescue Response Arrangements (IGA) puts in place arrangements between the 10 SAR authorities of the NATSAR council on the coordination of SAR in the Australian region.

It outlines the principles that underpin each SAR authority's responsibility for resourcing, coordination and cooperation. The manual also describes the council’s role in formulating operational level guidance related to SAR processes and procedures which are documented in the national SAR Manual.

This national arrangement continues to enable our collaborative commitment to rescuing people in distress and contributing to the safety of Australia’s citizens.

The IGA describes the NATSAR council’s functions as the following:

Standardised procedures and operational techniques ensure everyone is working and communicating in the same way. This ensures the best chance of an effective SAR response and saving lives.

These principles and procedures are outlined in the National Search and Rescue Manual. 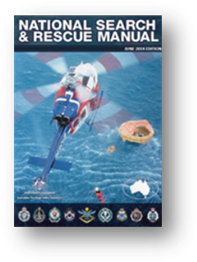 Only one SAR authority will have overall coordination of a SAR incident at one time with other authorities acting in support. This is determined by a best placed principle.

At a Commonwealth level we: