Monday 6 June 2016
On 28-29 May we coordinated emergency towage, medical evacuation, and search and rescue exercises on board our emergency towage vessel (ETV) Coral Knight.

Emergency towage – On 28 May the Coral Knight deployed approximately 450 metres of her main emergency towing wire, towing pendants and Dyneema messenger rope in the seas of Cape Upstart, to connect to the simulated dead casualty vessel MV RTM Wakmatha.

This vessel is a bulk carrier, displacing 98,718 ton at a loaded draught of 12.2 metres during the exercise. Coral Knight’s masters took the opportunity to experience connection, towing and disconnection under their commands by repeating the exercise twice. The maximum towage speed during both exercises was recorded as 3.5 knots.

Medical evacuation – This exercise was carried out on board Coral Knight on 29 May 4 nautical miles south of Little Fitzroy Island with the assistance of a Queensland Government air rescue team - using rescue helicopter Rescue 510, an air rescue stretcher and a dummy. The air rescue team landed on the vessel and briefed the ship’s crew about patient handling techniques and safety precautions during helicopter operation.

Search and rescue – On 29 May AMSA Search and Rescue tasked Coral Knight to proceed at best speed to conduct a search of a single-person yacht, which had activated its distress beacon approximately five nautical miles north-east of Little Fitzroy Island. The rescue helicopter dropped a floating beacon at the distress position to simulate the distressed yacht. During the exercise, Coral Knight posted extra lookouts on the bridge, maintained a good radar watch, prepared the fast rescue boat for deployment and prepared the main engine for immediate manoeuvre. The exercise was completed after recovering the floating device by the fast rescue boat crew.

During the exercises, Coral Knight followed the emergency communication protocols by involving AMSA Search and Rescue, Townsville Vessel Traffic Services, as well as alerting nearby shipping, and displaying the appropriate navigation signals. 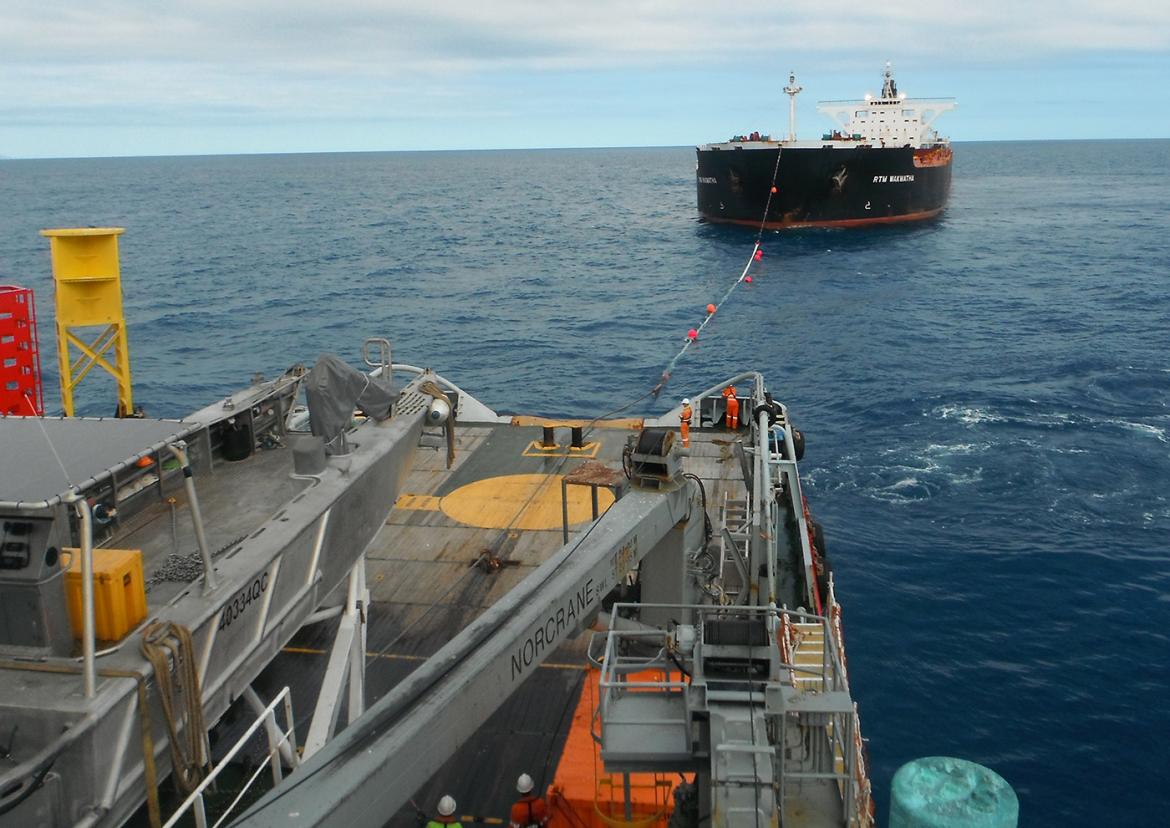 In the pollution response drill the crew deployed the dedicated oil spill boom with the assistance...