We were honoured last week to host a visit from Mr Kitack Lim, the International Maritime Organization (IMO) Secretary-General.

Mr Lim came to Australia following his successful visits to Vanuatu and Fiji earlier this month; the first time a sitting IMO Secretary-General has ever visited the Pacific Island region.

Whilst Mr Lim’s time in Australia was short, only three days, he had a chance to visit a number of maritime facilities.

On Monday NSW Port Authority were kind enough to take the Secretary-General on a tour of the Sydney Harbour port facilities. Sydney Harbour is not just the most beautiful harbour in the world it is also very much a working port with a number of facilities for commercial and passenger vessels. 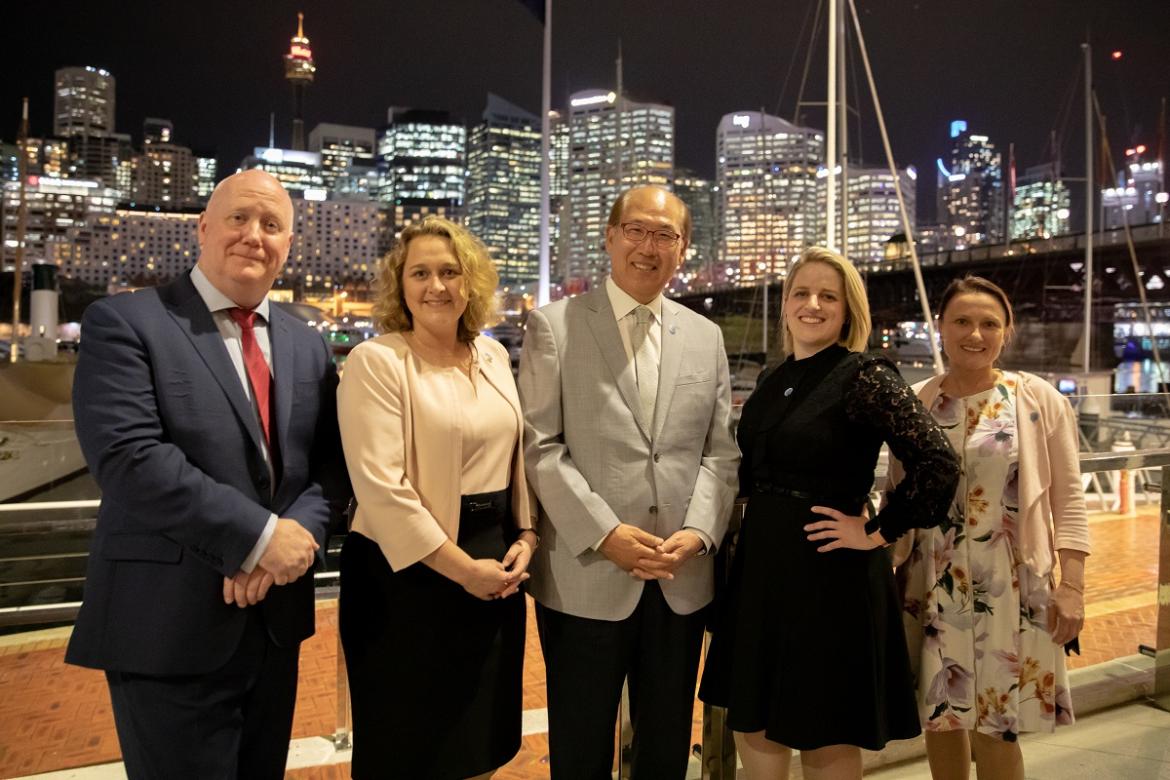 On Tuesday the delegation visited the Port Ash ship-simulation training facility. Located just north of Newcastle, Port Ash is a purpose built ship-model simulator facility, one of only about seven in the world, which specialises in the practical aspects of ship handling and the control of ships. The two hectare centre is located 35 minutes north of Newcastle, and maintains 32 environmentally realistic berths which are utilised by six ship models and eight remote controlled tugs.

On Wednesday Mr Kim was once again the guest of the Port Authority of NSW for a tour of Newcastle Port. Mr Kim listened to a presentation about Port of Newcastle’s world leading Vessel Arrival System before getting a tour of one of the countries busiest bulk ports aboard a pilot vessel.

Mr Lim has been IMO Secretary-General since January 2016, and will start his second four year term in the role in 2020. As Secretary-General, he has focussed the IMO to work more closely with its members and stakeholders to: cut greenhouse gas emissions from ships, reduce sulphur content of ships’ fuel oil, and make more stringent the requirements of ballast water management along with leading the development of the first ever IMO action plan to address marine litter.

Mr Lim noted during his time with AMSA this week that he viewed Australia as a significant maritime nation, a valuable IMO Council member, and one of the top-leading nations at the IMO in terms of our ability to develop and promote effective maritime policies.

AMSA was honoured the Secretary-General was able to view first-hand the uniqueness of our region this week, and we hope to welcome him back again soon.