Wednesday 27 January 2016
Australia's search and rescue capabilities are being bolstered by a $640 million service contract over 12 years for new technology and aircraft. This investment will provide essential eyes in the sky for people in distress, with the replacement aircraft based in Perth, Cairns and Essendon.

Minister for Infrastructure and Regional Development

Australia's search and rescue capabilities are being bolstered by a $640 million service contract over 12 years for new technology and aircraft. This investment will provide essential eyes in the sky for people in distress, with the replacement aircraft based in Perth, Cairns and Essendon.

Deputy Prime Minister and Minister for Infrastructure and Regional Development Warren Truss was in Adelaide today to inspect the first of four Bombardier Challenger CL-604 jets which will replace the Search and Rescue aircraft currently used by the Australian Maritime Safety Authority.

“This capability is vital in Australia's search and rescue response, especially because of the vast area we cover… about one-tenth of the earth's surface,” Mr Truss said.

“AMSA has used AeroRescue Dornier aircraft in hundreds of rescues since they came online in 2005. The replacement aircraft will use new technology and equipment to ensure there is a rapid response capability to save people in distress in the water or on land.”

Following a competitive tender process, Cobham Aviation Services Australia was awarded the contract to provide the aircraft and crew, as well as provide maintenance and equipment for the capability.

“Three aircraft will provide strategic coverage at Perth, Cairns and Essendon, with a fourth aircraft to be used by Cobham to replace the operational aircraft during maintenance and for training purposes,” Mr Truss said.

“The aircraft, the equipment and the techniques used by the crew will be put through their paces in rigorous testing ahead of the planes coming into service progressively from August 2016.

“The first jet arrived in Adelaide in late December and is being fitted for search and rescue purposes at Cobham's hangar, ahead of drop trials and training. Modifications to the jets allow for vital stores, including survival equipment and satellite phones, to be available to people in need of rescue.

“This capability is often the first on the scene when people are in distress at sea or on the land.”

The aircraft will have a range of new technology on board, including Forward Looking Infra Red (FLIR) technology to search at night and anomaly detection sensors to complement work done by the trained air observers.

AMSA's Search and Rescue Coordination Centre is headquartered in Canberra where its team of search and rescue officers work around the clock to respond to incidents.

Mr Truss said the new technology will allow search and rescue officers in Canberra to have the same view at a terminal in the Joint Rescue Coordination Centre, as that of the Air Mission Coordinator on board the aircraft.

“The aircraft will also be able to live stream video of the situation in real time as they plan the rescue of those people,” he said.

“So this is an important investment in the safety of people on vessels or in remote areas across Australia who find themselves in trouble. The capability reflects our commitment to providing search and rescue responses in line with our international obligations for aeronautical and maritime search and rescue.”

The first Challenger will come online in Perth in August 2016, with replacements to Cairns and Essendon to follow later in the year. 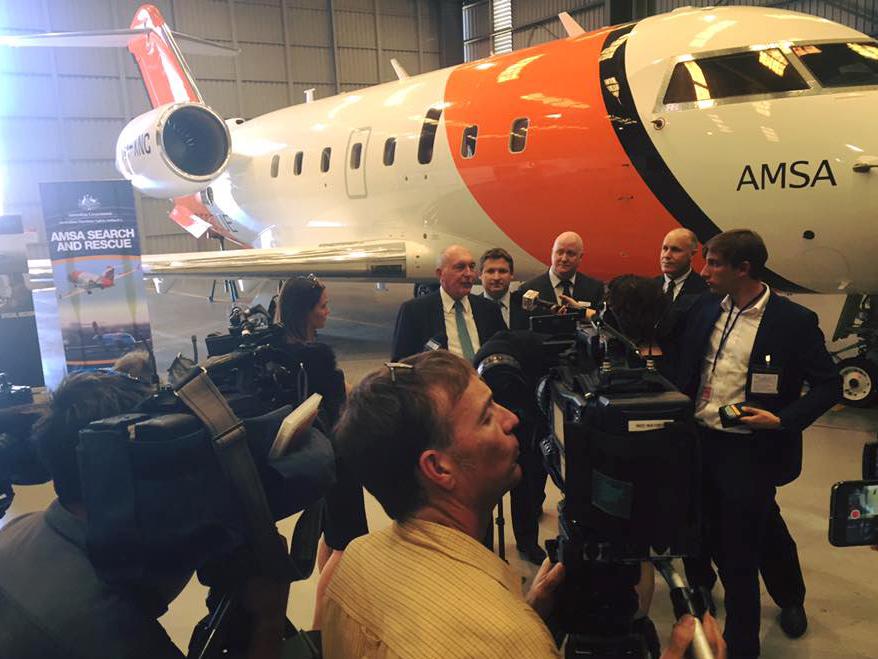 Crew activated their distress beacon round 8.45 am on Sunday after their rudder sustained damage...