The Asia-Pacific oil spill preparedness and response conference, Spillcon 2013, was held last week in Cairns, Australia. Spillcon 2013 brought together local, regional and global environmental and shipping representatives from across industry, government and non-government organisations to provide a forum for discussion on topics such as: oil spill cause and prevention, preparedness, response management and environmental issues.

A record number of people attended Spillcon 2013, with 525 national and international delegates from over 25 countries attending the sessions, exhibition and functions over the week-long event. Although the exhibition size was increased since the previous Spillcon in 2010, exhibition stands sold out in record time, with exhibitors pleased by the number and variety of attendees.

The conference program was made up of 12 sessions based on oil spill prevention, preparedness, response and recovery. Popular presentations during the conference included Maritime New Zealand’s case study of the MV Rena, the salvage of the Costa Concordia off the coast of Italy, and the speakers from the International Oil Pollution Compensation Funds and the International Tanker Owners Pollution Federation Limited. The Keynote Speaker, Indigenous activist and lawyer and Director of the Cape York Institute for Policy and Leadership, Mr Noel Pearson, was well received by delegates

A highlight of the week was the on-water display of Australia’s capability to respond to an oil spill, including the simulated application of dispersant from two aircraft and AMSA’s emergency towage vessel Pacific Responder. While the display was hampered by the weather, delegates enjoyed viewing a response in practice.

Spillcon is held every three years, and operates in cooperation with the International Oil Spill Conference (IOSC) in the United States, and Interspill in Europe. It is organised by the Australian Maritime Safety Authority and the Australian Institute for Petroleum. Mr Noel Pearson during his keynote address at Spillcon 2013 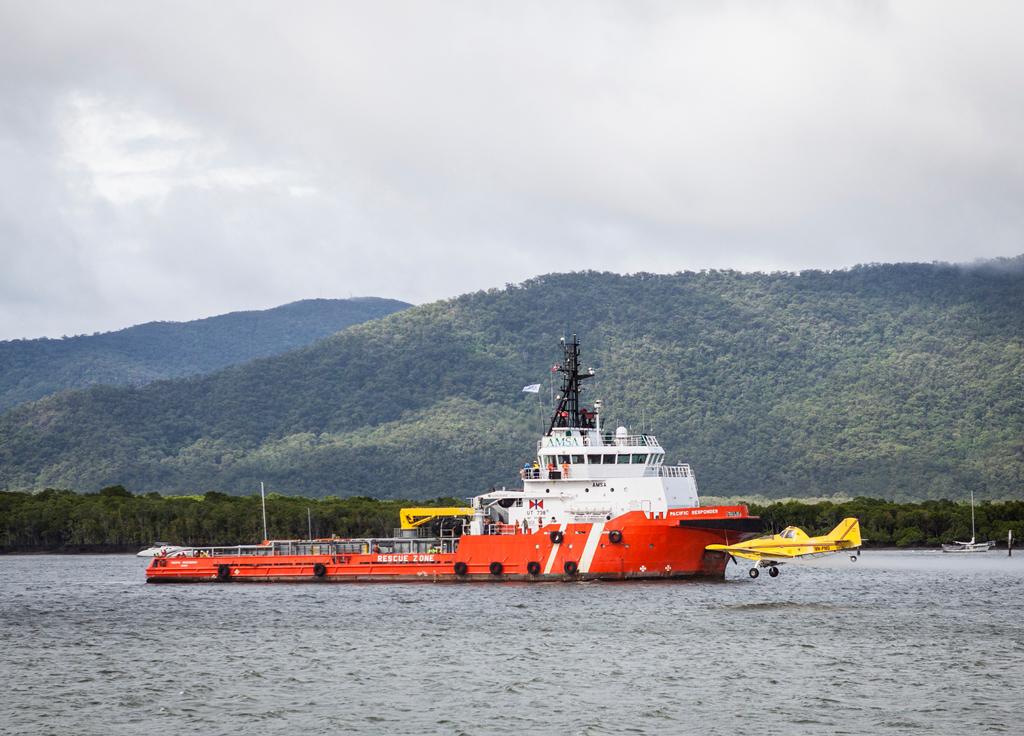