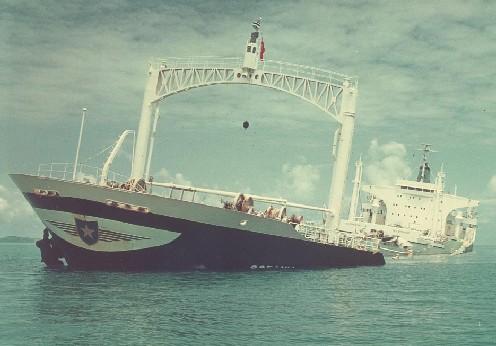 Image of the Oceanic Grandeur after grounding 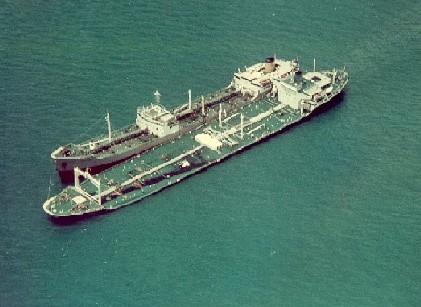 Image of the Leslie J Thompson and Oceanic Grandeur ships together at sea, one of them grounded