Based on the concept of using large agricultural fixed wing aircraft to apply oil spill dispersants, the capability is designed to complement dispersant spraying arrangements using vessels which are typically confined to close inshore work.

These two models of aircraft are used throughout the world for oil dispersant operations in addition to agricultural and firefighting activities. All aircraft are turbine powered single engine and have the ability to carry between 2200 and 3600 litres of dispersant dependent on hopper size and the distance required to be flown to apply the dispersant.

Each aircraft is available to fly with a maximum of four hours’ notice, twenty-four hours per day, seven days per week.

AMSA and AMOSC maintain stockpiles of dispersant strategically positioned throughout Australia. Stockpiles may consist of a variety of dispersant types. The type of dispersant stored within a specific area is generally determined by the level of risk and the type of oil products which transit through that particular area.

To assist the pilot in applying the dispersant a separate aircraft with a trained air attack supervisor onboard is tasked to fly above the aircraft and direct the pilot towards the heaviest concentrations of oil.

More information on the use of dispersants during oil spill response can be found at our pollution response section. 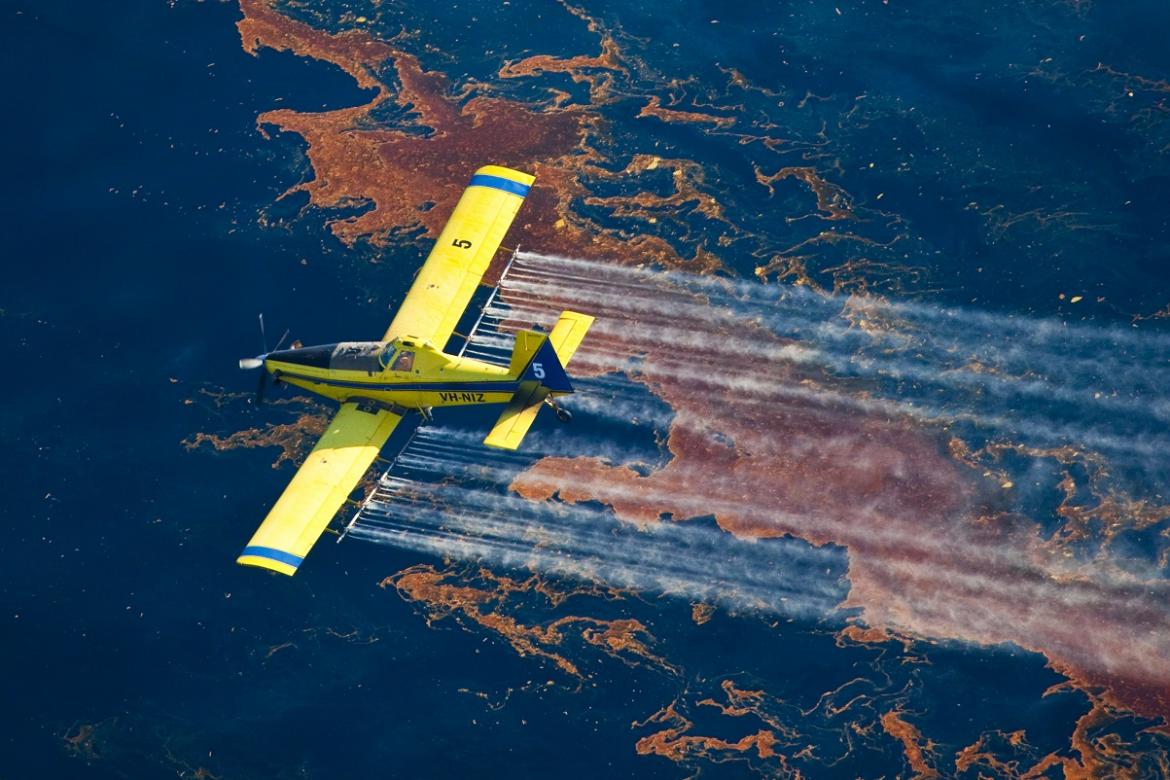