During the COVID-19 pandemic many seafarers have played an essential role.

Seafarers have helped in maintaining the vital flow of goods like food, despite the added pressures caused by the pandemic and what this means for them personally.

Crew working the Timor Reef fishery out of Darwin are out at sea for eight or nine days at a time, but the Prawn seasons can keep crew away from families for up to 16 weeks.

Austral Fisheries Health, Safety and Environment Advisor, Oliver Krcoski, said that when COVID-19 emerged the crew’s immediate concern was their livelihood and getting out to sea.

‘As COVID-19 came to Australia and started spreading before the start of the first prawn season of the year, there was a lot of anxiety amongst our personnel about whether they would go out to sea at all,’ he said.

‘As a company, we really had to assess that risk. It was clear that the success of our operations depended on how well we could manage the COVID-19 threat.’

Once Austral Fisheries made the decision to keep operating, they moved quickly to develop and implement policies and procedures to get crew out at sea without recording any cases of the virus.

They prepared COVID-19 information packs for crew, outlining the risk assessment that needed to be made before people boarded vessels, the boarding procedure, the required PPE, and information from the Australian Government Department of Health about COVID-19.

‘We got in contact with everyone early on to inform them they would be flying in at least two weeks prior to departure, so that we could isolate and monitor them during that period,’ Oliver said.

‘A couple of crew couldn’t get there in time to quarantine and we unfortunately had to leave them behind to protect the rest of the crew and the operation.’

But once crew had done the quarantine and got out at sea where they knew the drill, the distraction generally turned to what was happening away from the vessel and how they would get home.

‘At sea crew were worried about their family and friends back home—everyone has someone back home that might have lost a job or suffered in some way with the situation being so uncertain,’ he said.

When various states closed their borders, this initially complicated matters for Austral Fisheries which operated between the Northern Territory and Queensland but because they were able to demonstrate their planning and risk mitigation, they had no trouble getting an exemption to cross into the Northern Territory.

However the closing of borders was a cause of anxiety for some crew.

‘A couple of the guys had newborns coming and were worried about whether they would get home in time and whether the hospitals would let them see their families,’ Oliver said.

‘We did our best to absorb as much of that stress as possible by taking care of the administrative work involved in crossing borders—such as writing letters from the employer to say they had been working in the essential services industry—and I think they found that quite reassuring,’ Oliver explained.

Oliver said that despite the additional burden caused by COVID-19, none of the crew showed signs of being stressed to the point of it impacting on the way they worked or the level of safety they exercised.

‘We were very aware as a management team that it could impact their mental health and ability to stay focussed and we tried to alleviate this stress getting exemptions for them to cross borders to get home,’ Oliver explained.

‘Last year we also gave formal safety training to all our skippers, which also looked at mental health impacts on crews, so our skippers are somewhat aware of when someone is concerned and they report that back to us. If people want to get off the vessel for whatever reason we are able to arrange that quickly,’ he said.

Oliver explained that all kinds of challenging situations out at sea became a little bit more challenging with COVID-19—crew not being able to get off the vessel during port stops and having to apply for exemptions before they can access medical assistance for general health problems—but the crew have handled it well.

‘Considering that when COVID-19 emerged one of the cards on the table was to call the season off all together, I’m grateful we have been able to keep our crew out of harm’s way and keep operating.’ 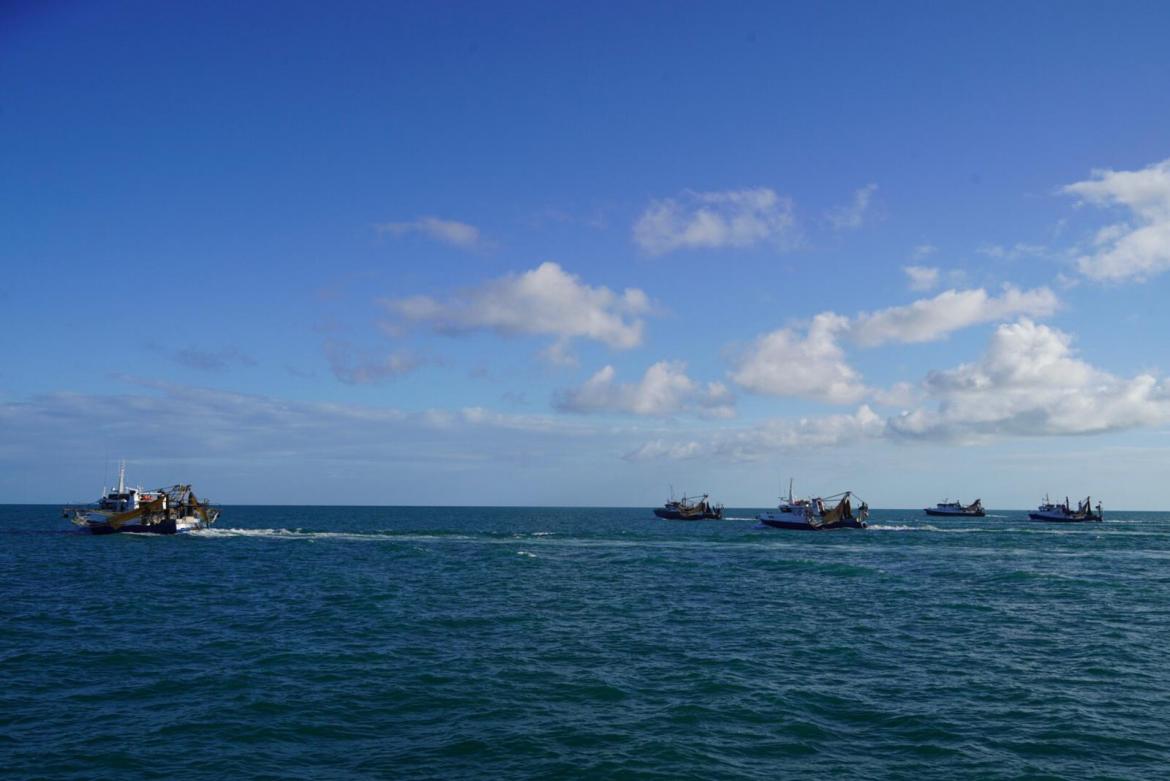