In this edition we explain what is meant by reporting deficiencies ‘as soon as practicable’; we talk about exemption 40 stability documentation, describe and explain different types of lithium battery and more.
15 January 2020

We welcome your feedback and input into this newsletter. In particular, let us know if you would like to know more about a particular topic or if you encounter issues out in the field that need clarification.

You can do this by sending an email to dcvsurvey@amsa.gov.au

Since the last edition

As mentioned in the last edition of Survey Matters, a comprehensive review of NSCV C5B - Electrical has been completed. The revised standard (edition 3) commenced on January 1 and is available on the AMSA website here.

AMSA have visited yards in Cairns and Fremantle to talk to boat builders with the aim to improve understanding of DCV requirements at the source.

We have received feedback from our customers requesting that AMSA provides more regular updates on the progress of their application. As a result, AMSA will now be addressing correspondence relating to applications to applicants and copying in accredited surveyors.

This will help to ensure AMSA, the applicant and accredited surveyors are all kept up to date with the status of applications

The following updates have been made to survey forms:

All forms can be accessed from the AMSA website.

Please keep providing feedback on the forms so we can continue to improve them.

2020 will see the start of accredited marine surveyor accreditation renewals.

The Surveyor Accreditation Guidance Manual (SAGM) Part 1 Chapter 7 contains the requirements that are to be complied with for renewal of accreditation.

(3) In accordance with section 28 of the National Law Regulation, the National Regulator will renew an Accredited Marine Surveyor’s accreditation if satisfied that:

(a) they have maintained their professional competence in the category, or categories of surveying in which they are accredited; and

(b) Their work has been found to be satisfactory during any audits; and

(c) The prescribed fee for renewal has been paid.

AMSA conducts assessments (a form of audit) of applications, survey activities and recommendations on a day to day basis and part of the renewal of the accreditation will undertake an expanded desktop audit of the work undertaken by the surveyor in the last 5 years.

The scope and depth of the audit will be based on the type and number of surveys undertaken by the surveyor and the results of assessments of applications undertaken by AMSA.

As part of the audit process, AMSA will contact the AMS prior to conducting the audit to request all information retained by the surveyor in relation to the identified survey activities is supplied to AMSA. This information includes all reports, checklists, photos, videos, notes and third party reports that were created or used in support of the recommendation made by the surveyor.

The desktop audit will be conducted against the requirements of the National Law, Marine Orders, National Law Exemptions, SAGM, NSCV and Instructions to Surveyors. The audit may result in findings. Findings will be categorised as non-conformances or observations. non-conformances are findings whereby a specified requirement in the National Law, Marine Orders, National Law Exemptions, NSCV, SAGM or Instructions to Surveyors have not been complied with or where insufficient evidence has been provided to demonstrate that the requirement has been complied with. Observations are statements of fact that are based on evidence gathered as part of the audit, and do not require a response from the accredited surveyor.

Once the audit is complete a report with the non-conformances and observations will be prepared and sent to the AMS. All Non-conformances must be addressed and corrective actions supplied to AMSA within the time frame specified on the audit report. Failure to address non-conformances or general poor performance from an audit may impact on a renewal application.

Reporting deficiencies ‘as soon as practicable’

In response to the article published in the last edition What does the term Periodic Survey (in or out of water) mean? we were asked what the definition of ‘as soon as practicable’ is under s 33 of the National Law Regulations and, hence, when a surveyor is required to notify AMSA of any deficiencies found on a vessel.

As soon as practicable is a standard that is used in a range of legislation and is not unique to the maritime regulatory framework. Australian courts generally consider that ‘as soon as practicable’ is a flexible timeframe which needs to be interpreted having regard to all the circumstances of the person on whom the obligation is placed and involves consideration of what would be feasible for the person to comply with the obligation in those circumstances.

As a practical example, where a surveyor has inspected a vessel in a remote location and had to travel a long distance to conduct the survey, and has not had the time or coverage to communicate a defect to AMSA following the inspection of the vessel, the expectation is that they would report the defect to AMSA when they were next in the office or had access to the necessary communications equipment.

This means that surveyors shall notify AMSA of any deficiencies identified during a survey at the same time they provide the list of non-conformances to the vessel owner (or when they are next in the office or have access to the necessary equipment). Once the deficiencies have been rectified a recommendation shall be provided to AMSA.

Schedule 1, Division 2, clause 2.3 of Exemption 40 requires the surveyor to be satisfied that the vessel’s stability characteristics are fit for the purpose for which the vessel is intended.

Surveyors with category (b) accreditation and Recognised Organisations may demonstrate stability compliance via direct calculations, testing, or other suitable means as per chapter 7.5.4 (3) of SAGM Part 2.

The National Law - Marine Surveyors Accreditation Guidance Manual (SAGM) Part 2, Chapter 3, Clause 3.9.3 (2) specifies that, where a surveyor relies on CE Certification, the surveyor must ensure that a CE Declaration of Conformity has been issued for the vessel in accordance with the requirements of Directive 2013/53/EU (as amended from time to time).

One of the objectives of the Directive’s revision was to update and modernise the essential requirements defined in the early 1990s that did not reflect the evolution of products in the boating industry.

The main changes in essential requirements are:

Many of the essential requirements contained in the Directive can be fulfilled by applying the relevant harmonised standards developed by the ISO Technical Committee 188 on Small Craft (EN ISO standards used in boatbuilding under the EU Directive 2013/53/EU).

Lithium batteries and the associated hazards

Lithium batteries have become a favourable option compared to lead acid batteries because they have a higher energy density. This means they can store more energy than a lead acid battery in the same amount of space at a lower weight.

There are three designs of lithium batteries which have differing characteristics. Surveyors and vessel owners/operators need to be aware of the hazards that these batteries pose. 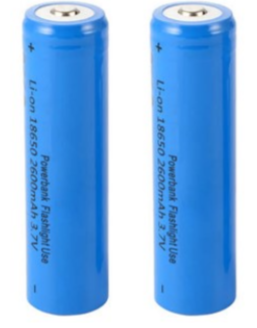 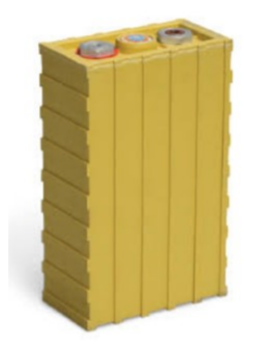 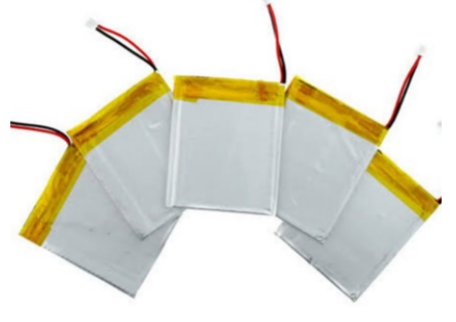 Lithium-ion batteries vent when they reach a critical state. This occurs when the batteries experience internal pressure build-up due to increased vapour pressure within the battery cell. If the temperature rises above 80-120°C, the battery will enter what is known as a “thermal event.”

Thermal events can occur due to the following conditions:

In extreme cases, the thermal event turns into a state of “thermal runaway”. The thermal runaway is characterised by rapid gas released by one or more cells. Gasses generated include carbon dioxide, methane, ethylene, ethane, fluoroethane, hydrogen and hydrogen fluoride. Most of these gasses are flammable and non-life supporting. These events are uncontrollable and temperatures can reach up to 700°C.

A fire erupted in the battery room of the Norwegian passenger ferry last October, which led the Norwegian Maritime Authority to issue a warning about the dangers associated with lithium-ion battery systems. Following the incident, it was reported that 12 firefighters were taken to hospital as a result of exposure to hazardous gases associated with the batteries.

A safety investigation concluded the fire which engulfed a 40m white boat in Croatia in September 2018 was in all probability caused by leaking lithium-ion batteries. The batteries were those in the electric surfboards stowed in the vessel garage space, which highlights the dangers associated with lithium-ion powered equipment used or stored on a vessel.

Chapter 3.6 of the recently revised NSCV C5B - Electrical provides guidance regarding new and emerging technologies such as lithium-ion batteries