This Pilot Advisory Note (PAN) informs AMSA-licensed coastal pilots about circumstances where the information depicted on an ENC may differ to the information on a paper chart for the same location.

Pilots should note that in all cases where a difference may be noted:

AMSA was alerted by a coastal pilot about a particular example in the Great North East Channel (GNEC) pilotage area, where the information shown on a paper chart differed visually from the information depicted on the ENC, for the same area.

In particular, the depiction of the 15m depth contour was quite different when referenced against the boundary of the two-way route (TWR) at this location, depending on the type of chart being viewed.

AMSA subsequently contacted the Australian Hydrographic Office (AHO) to seek clarification regarding this, and other potential similar circumstances.

The following images provide an example of the how information may differ between an ENC and a paper chart, for the same location. 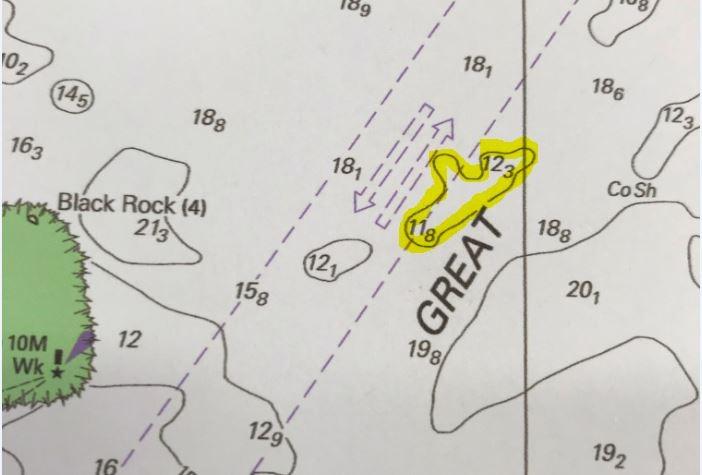 Figure 1. AUS 839 prior to update. Note 15m depth contour highlighted in yellow in relation to the TWR boundary

The image below shows the same location on ENC AU411142 (at the same time), at a nominal level of zoom. Note the location of the 15m depth contour (highlighted in yellow) completely east of the (eastern) TWR boundary at this location. 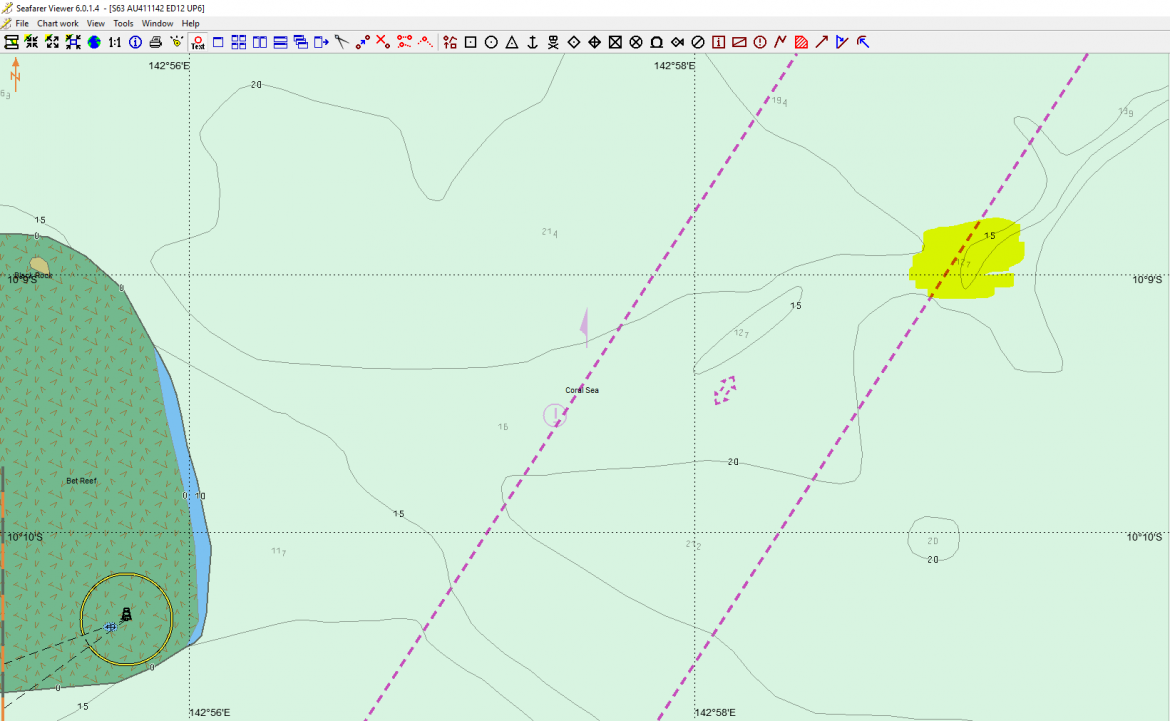 The following image shows the same location on the ENC, at a greater level of zoom. The 15m depth contour is clearly depicted well east of the TWR boundary, in contrast to the paper chart for the same location. 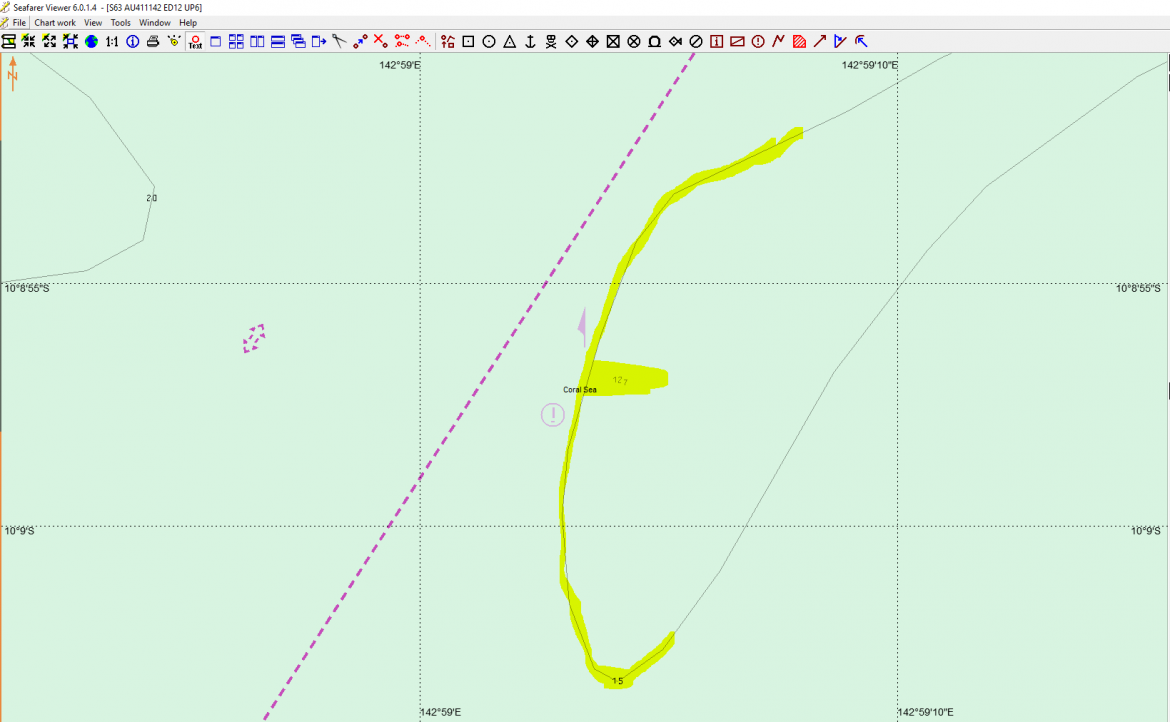 It should be noted that a subsequent block update to the paper chart was issued by the AHO (Edition 11 – NTM 536/2019), resulting in a similar depiction of the contours at this location, however the above example highlights how information may differ between ENC and paper chart from time to time (for the reasons outlined in the ‘Reasoning’ section below).

The following image shows the same area of the ENC overlayed on top of the paper chart AUS 839 (post block correction), with updated contours in red: 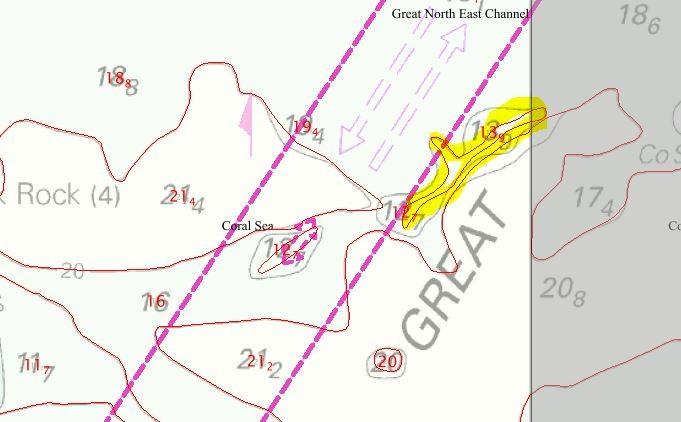 The current paper chart for this location looks like this: 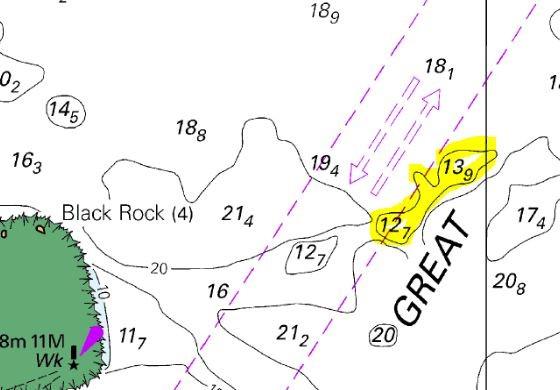 The AHO advised that there are a number of different reasons why the information may differ between an ENC and a paper chart for the same location, from time to time.

Paper charts are derived from ENCs, in all cases. Due to scale limitations and production dependencies, some differences may be noted.

If there is a difference between an ENC and a paper nautical chart for a given location, the ENC is the authoritative reference.

The AHO also advises the following points of interest: