We have four Bombardier Challenger 604 jet aircraft for search and rescue. The Challengers are based out of Perth, Melbourne and Cairns.

A contract was signed in October 2014 with Cobham SAR Services Pty Ltd (Cobham) to provide the next generation aircraft dedicated to search and rescue from late 2016 for a period of 12 years. Cobham acquired, modified, commissioned, operate and maintain the four Bombardier Challenger CL-604 special mission jet aircraft to provide a search and rescue capability over land and sea. The aircraft are available for search and rescue tasking at short notice, 24 hours a day, seven days a week.

Since the first jet entered into service in December 2016, our Challenger jets have flown more than 120 search and rescue missions and travelled thousands of kilometres to assist people in distress. Parachuting communication equipment to an injured motorcyclist on the remote Gunbarrel Highway and locating two sailors adrift on a disabled yacht in wild weather 400 kilometres off Sydney are just a few highlights from a busy first year in service. Check out the video below or watch it on our Facebook page.

The four Bombardier Challenger 604 jets have been specifically modified to our requirements and fitted with new generation sensors, high vision windows and air operable doors for aerial delivery of life saving equipment.

Flight range—3086 nautical miles (5715 kilometres) means the Challenger is well equipped at any of its base stations to respond to distress calls, as detailed in the map below.

Visual detection and ranging (ViDAR)—Sentient ViDAR maritime anomaly detection software with fixed staring three-camera array means that the Challenger has an improved capacity to conduct visual searches for small targets in the water, complementing the visual searching of the crew.

Observation—The Challenger has large observer windows forward of the wings which will assist in visual search operations.

Delivery—An air operable door enables the Challenger to deliver life-sustaining stores and communications equipment to those in distress. 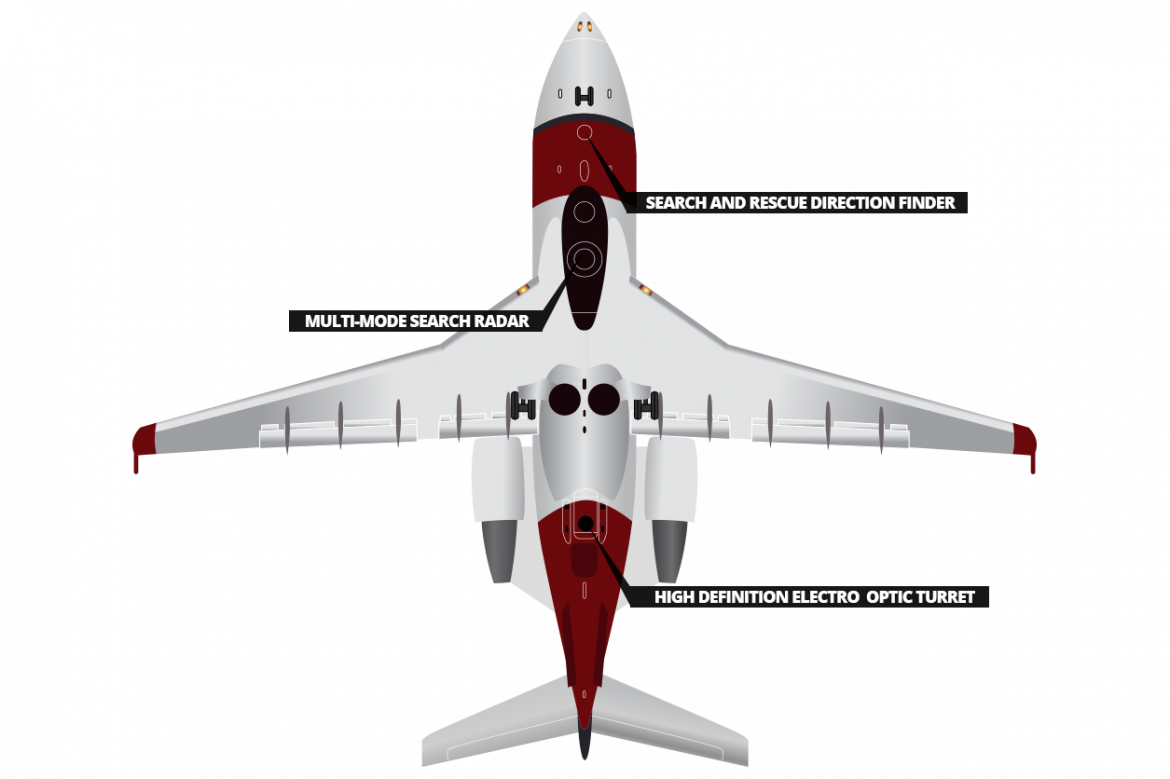 The three bases for the Challenger allow for a comprehensive coverage of Australia's search and rescue region. The Challengers are based out of Perth, Melbourne and Cairns.

Map of base locations for the AMSA Challenger

The first aircraft arrived in Australia in early January 2016. The majority of the equipment installation work was undertaken at Cobham’s hangar at Adelaide Airport.