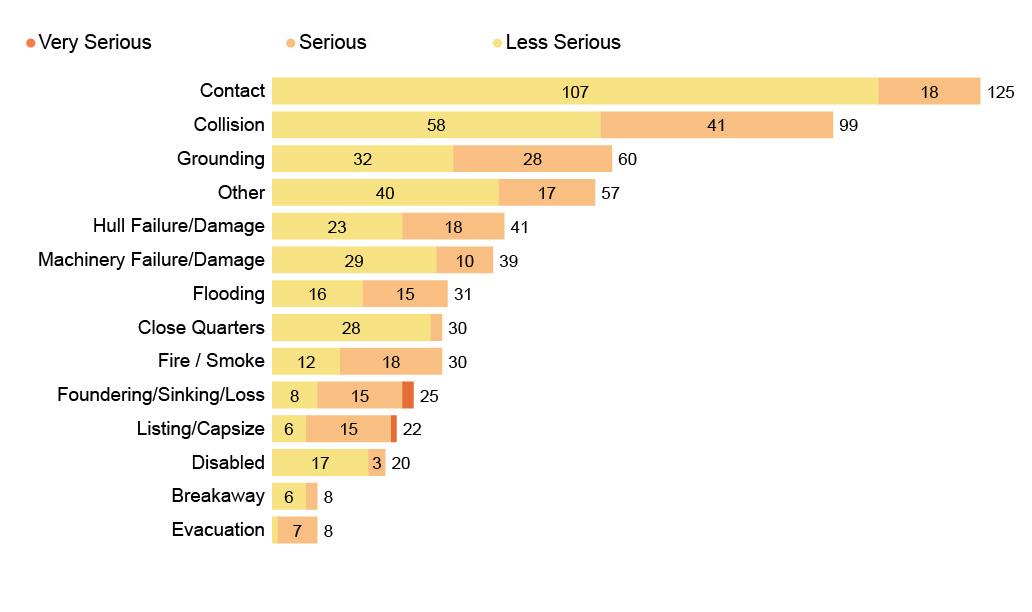 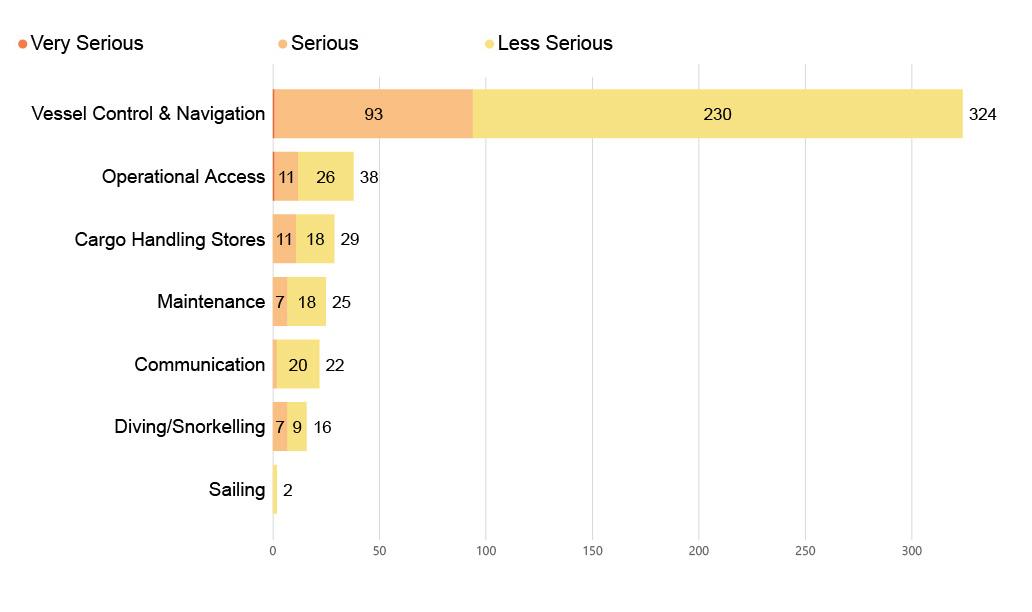 Operational access, which involves the movement of people on and around the vessel, was the second most common operational shortfall in 2020. This frequently resulted in the injury of a crew member or passenger. 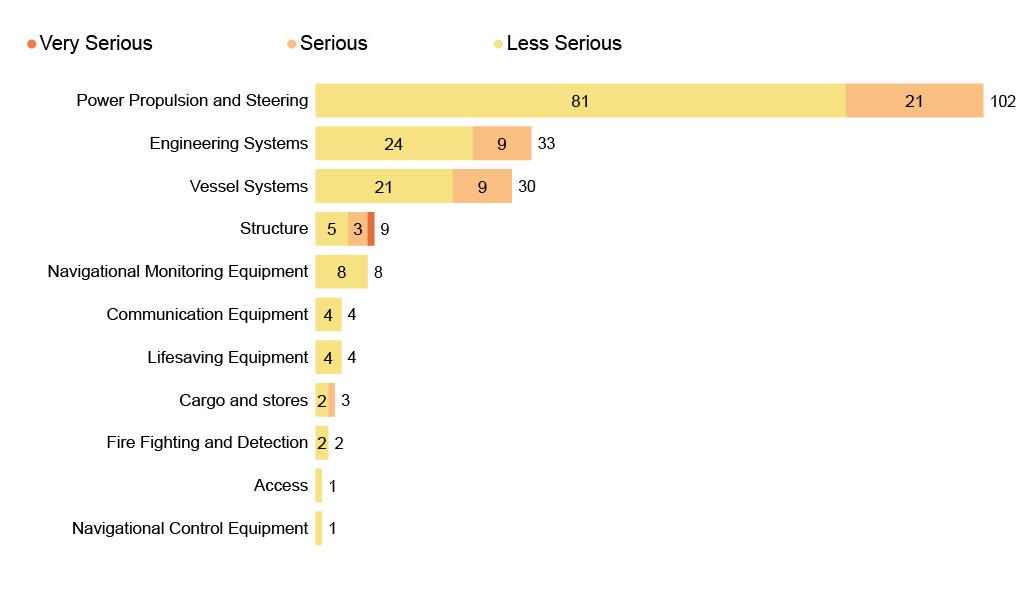 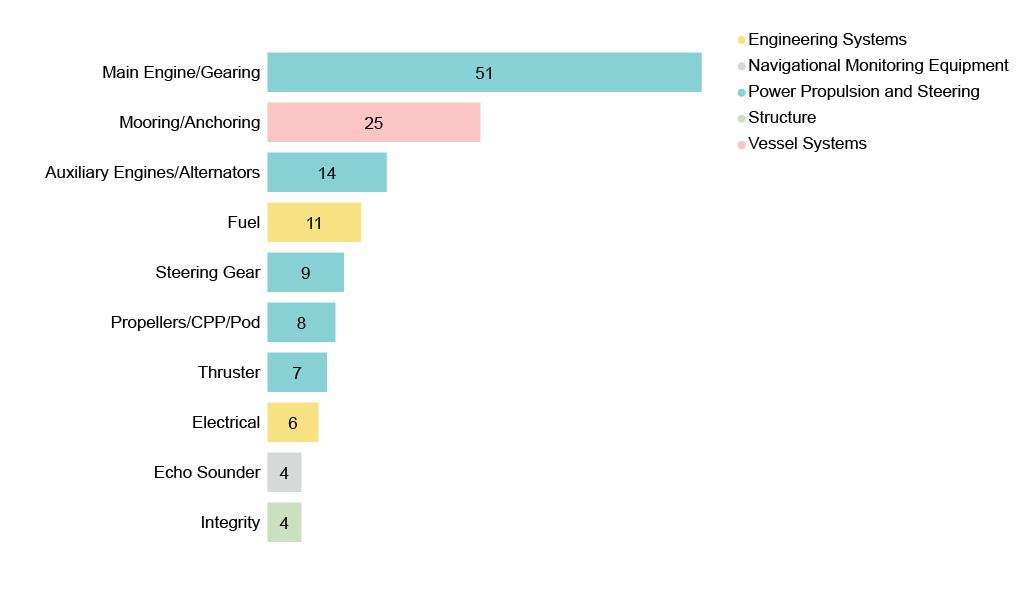 In 2020, there were 105 reports in which weather and/or water conditions had a direct impact on the vessel and/or personal safety. This is 13.9% of reported incidents. 43.8% of these were classified as very serious and serious. 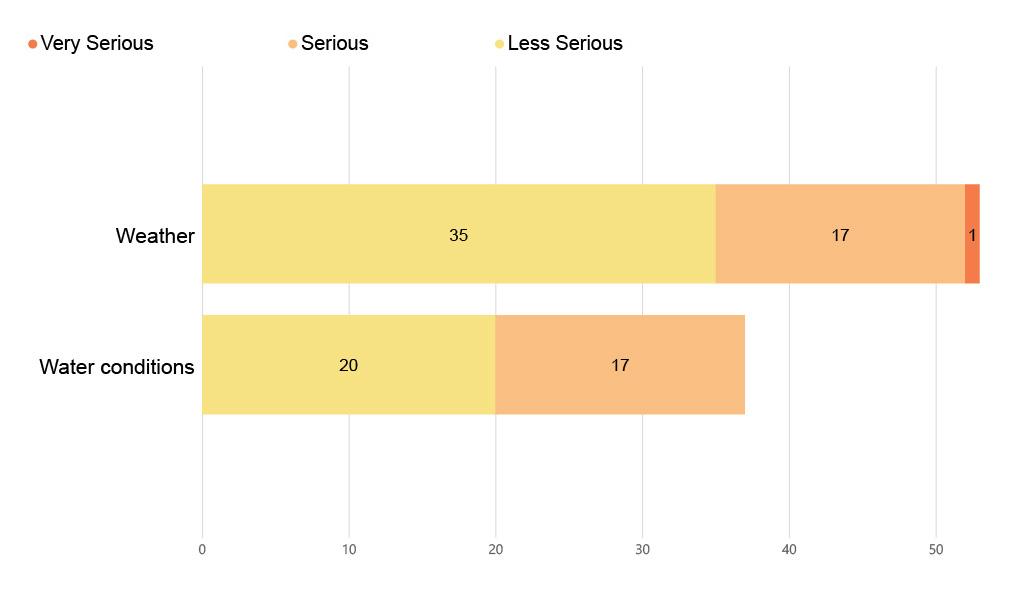 As shown in Figure 24, these conditions resulted in collisions, groundings, contact (with an object) and crew injuries amongst others. The consequences to vessels and to people onboard that resulted from weather and water conditions highlight the importance of checking weather and tides and adjusting plans and operations accordingly.

Checking weather and tides should be part of the vessel’s safety management system.

The Bureau of Meteorology's marine forecasts and warnings provides information on five vital checks which should be considered as part of trip planning: Warnings, Weather, Winds, Waves, and Tides.

Head to the Bureau’s website for more information on marine weather.