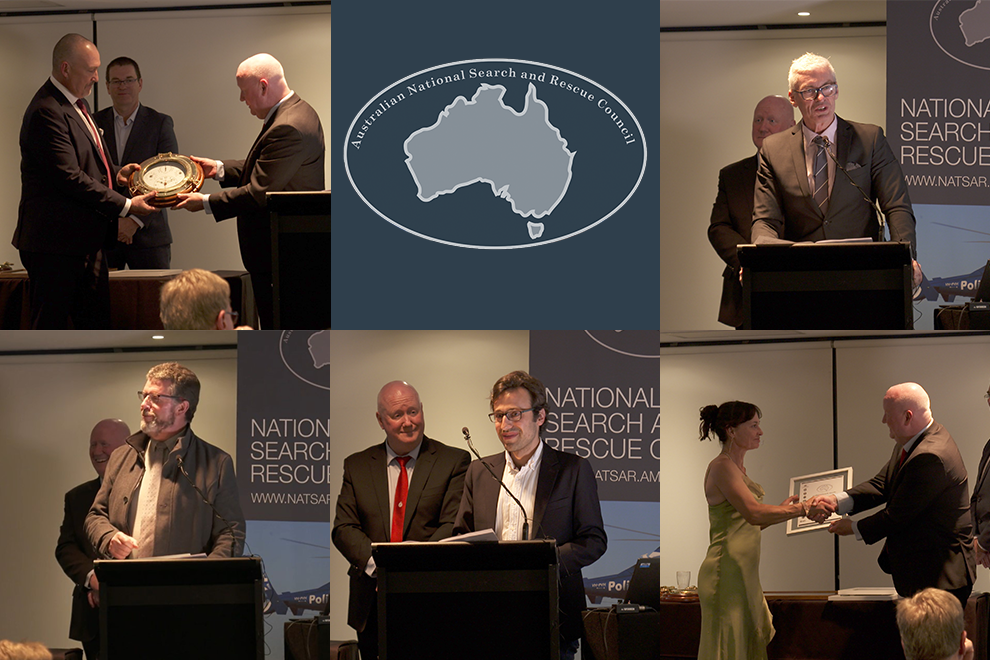 The NSW Police Dive Unit have been awarded the Professional Search and Rescue Award for assisting in the tragic recovery of two deceased persons, who had unfortunately drowned in a remote area of a canyon.

The police officers hiked into the canyon for approximately two hours with heavy dive equipment. Upon entering the water, the police officers conducted their search in an enclosed, confined, underwater cave system where risk of entrapment or entanglement with dive equipment was high. Despite the strong currents and presence of an underwater whirlpool, the officers were able to retrieve the deceased persons so they could be returned to their families.

This incident was physically and mentally fatiguing for the officers involved and their efforts under the challenging circumstances were commendable. 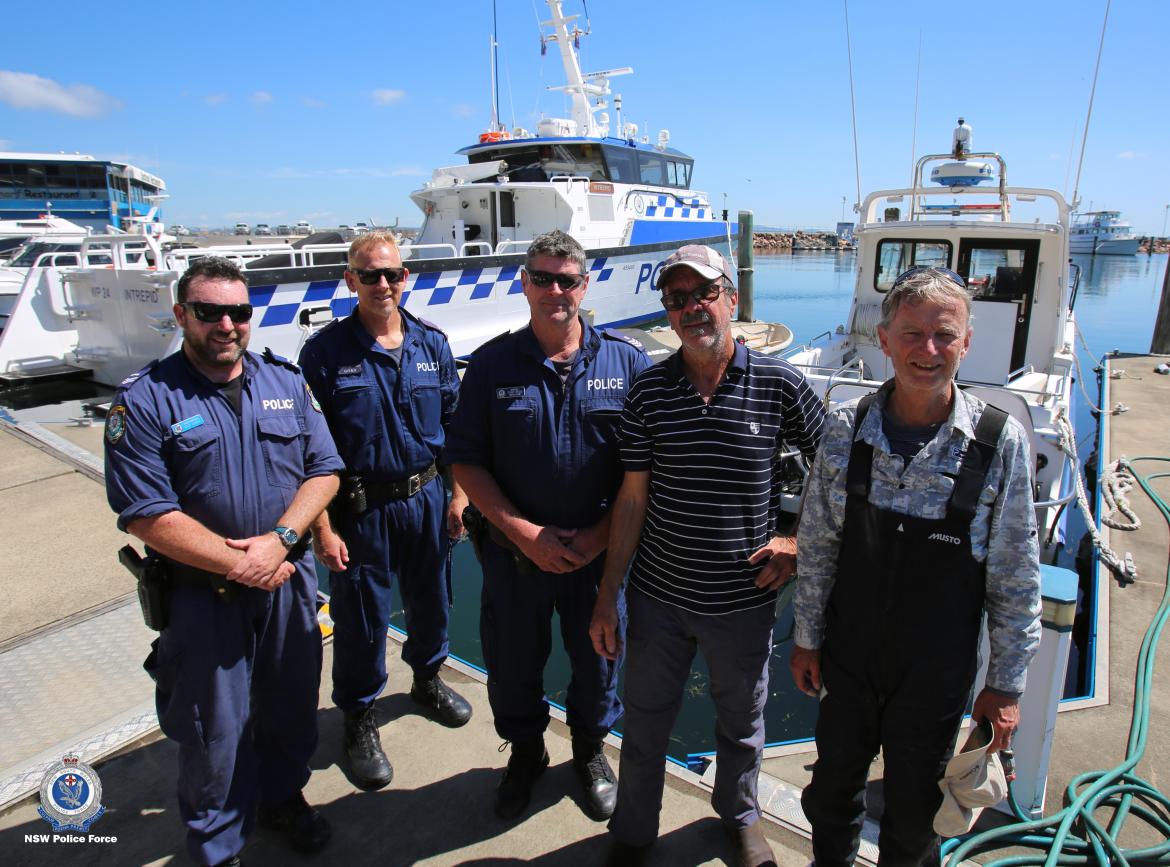 On Monday 9 November 2020 the NSW Marine Area Command received a Mayday Relay distress call for an 11.5m yacht Solar Coaster with three people on board and in distress 320 nautical miles north-east of Sydney. The yacht was making slow progress west towards the Australian mainland after being de-masted during the night.

It was under electric motor power by a petrol generator, with the progress of the yacht initially monitored by NSW Water Police. The main engine was underpowered to deal with ocean swells and current and was making very slow progress. Monitoring of the crew and supplies was ongoing throughout the night at the Marine Area Command.

The Australian Maritime Safety Authority (AMSA) Challenger Rescue jet then conducted a fuel and supply drop to the stricken vessel, including a Satellite phone to establish better communications.

Monitoring of the yacht was continued on its voyage for another 48 hours by Marine Area Command and contact maintained to check the welfare of the crew. On Wednesday 11 November, the yacht had made minimal headway covering only 40 nautical miles in 48 hours, fatigue and health of the crew was failing with only 3 days water and food remaining. It was very evident that the yacht and crew would not make mainland Australia without outside assistance.

As such, officers from the Marine Area Command stepped in to conduct, what is considered to be, one of the longest non-stop tows conducted by Water Police. The officers from the Marine Area Command - Port Stephens Sergeant Hogg, Senior Constable Gray and Senior Constable Leach - conducted this operation in extreme conditions and saved the lives of three men. The crew covered a distance of over 400 nautical miles in sea conditions up to 5 metres and winds of over 40 knots to conduct the operation and bring the men and yacht safely to shore. Fatigue on board the Police launch for the 54-hour operation was a major issue however, was extremely well managed by Sergeant Hogg on minimal or no rest.

All three crew performed their duties as police officers and mariners with extreme professionalism and courage under adverse ocean conditions and I consider to be a great example of “Outstanding Contribution to Search and Rescue” in Australia. 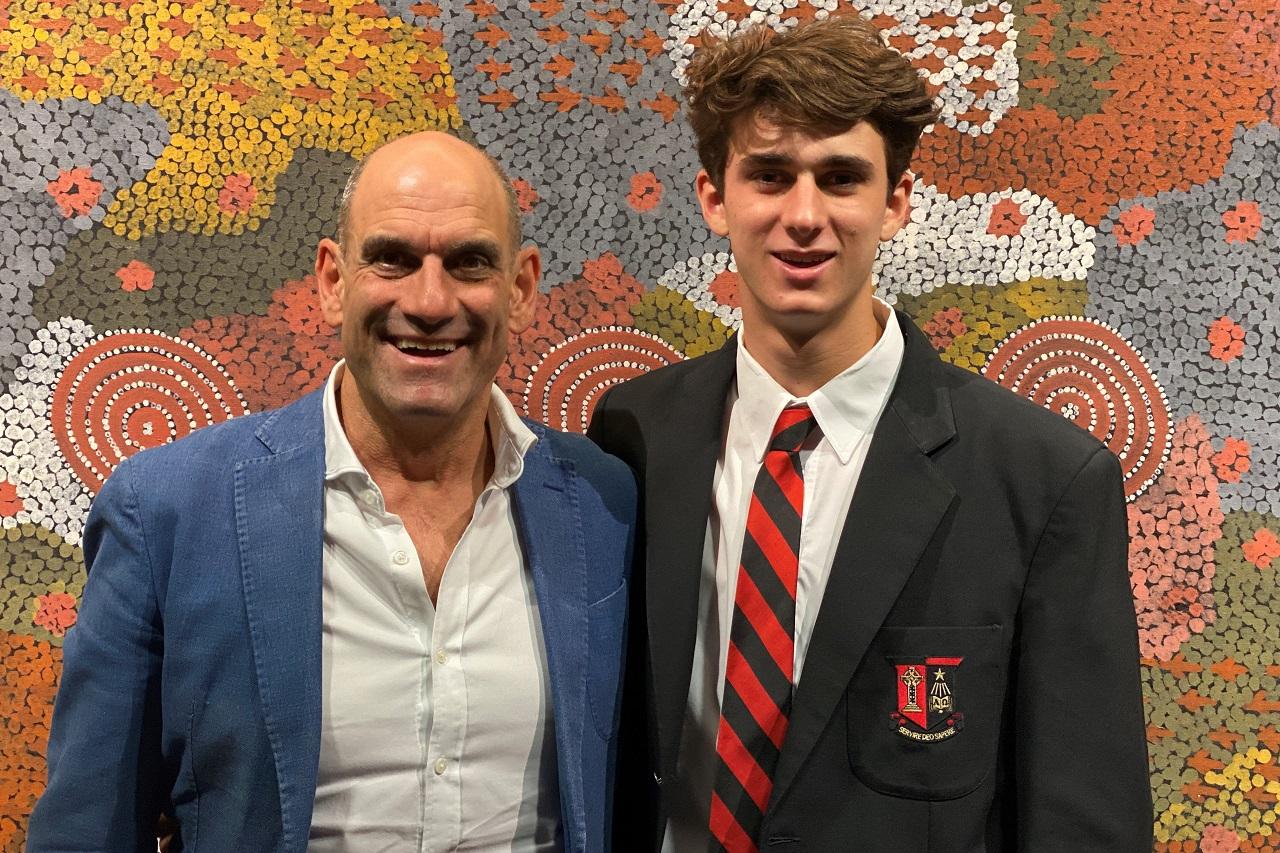 On the morning of Sunday 2 August 2020 in the South Passage Bar, Moreton Bay, QLD. Samuel and Andrew Coronis were returning to Brisbane in their fishing vessel. Conditions were 2.5-3m swells and approximately 12-15 knot winds. In the process of returning home, Samuel and Andrew discovered a semi-submerged vessel with its bow out of the water, they found a male and female in distress as well as their canine companion. Samuel called triple zero as Andrew manoeuvred the vessel closer to the persons in the water. Samuel instinctively dived into the water with two life jackets and swam towards them.

The female was caught up in a crab pot rope which was wrapped around her neck and strangling her. Samuel removed the ropes and fishing line from both parties. In the meantime, Andrew was able to retrieve the canine from the water. The female was unconscious when pulled to safety onboard their vessel and CPR was successfully administered by Andrew.

Samuel and Andrew’s act of selflessness ultimately saved the lives of two people. Their empathy and courageous attributes during the rescue are a fine example of exactly what the National Search and Rescue Awards represent.

On 3 December 2020 in the Torres Strait, the crew of the MT Godam displayed excellent professionalism and skill in rescuing two fishermen clinging to life on a piece of wood after their fishing boat had capsized.

The Torres Strait is known for its dangerous reefs and strong flowing current. On the day of the rescue the crew encountered rough weather conditions which hampered their visibility. The crew lost sight of the fisherman three times but persisted with the rescue. Upon sighting the fisherman a fourth time, it was noted that there were predatory hammerhead sharks circling the men.

A smoke marker and man overboard (MOB) lifebuoy were deployed, the fisherman grabbed a hold of the MOB and the MT Godam was moved within 1.5 meters from the fisherman so that the crew could easily catch the buoy and rescue one of the fishermen. A rescue helicopter was tasked to retrieve the other fishermen. It was noted that the survivors had been in the water for over 17 hours.

The precision by which the rescue was carried out given the circumstances and the assistance provided by the Master, Chief Officer and the crew of MT Godam was incredible.

The rescue was widely covered by the Australian and International media. 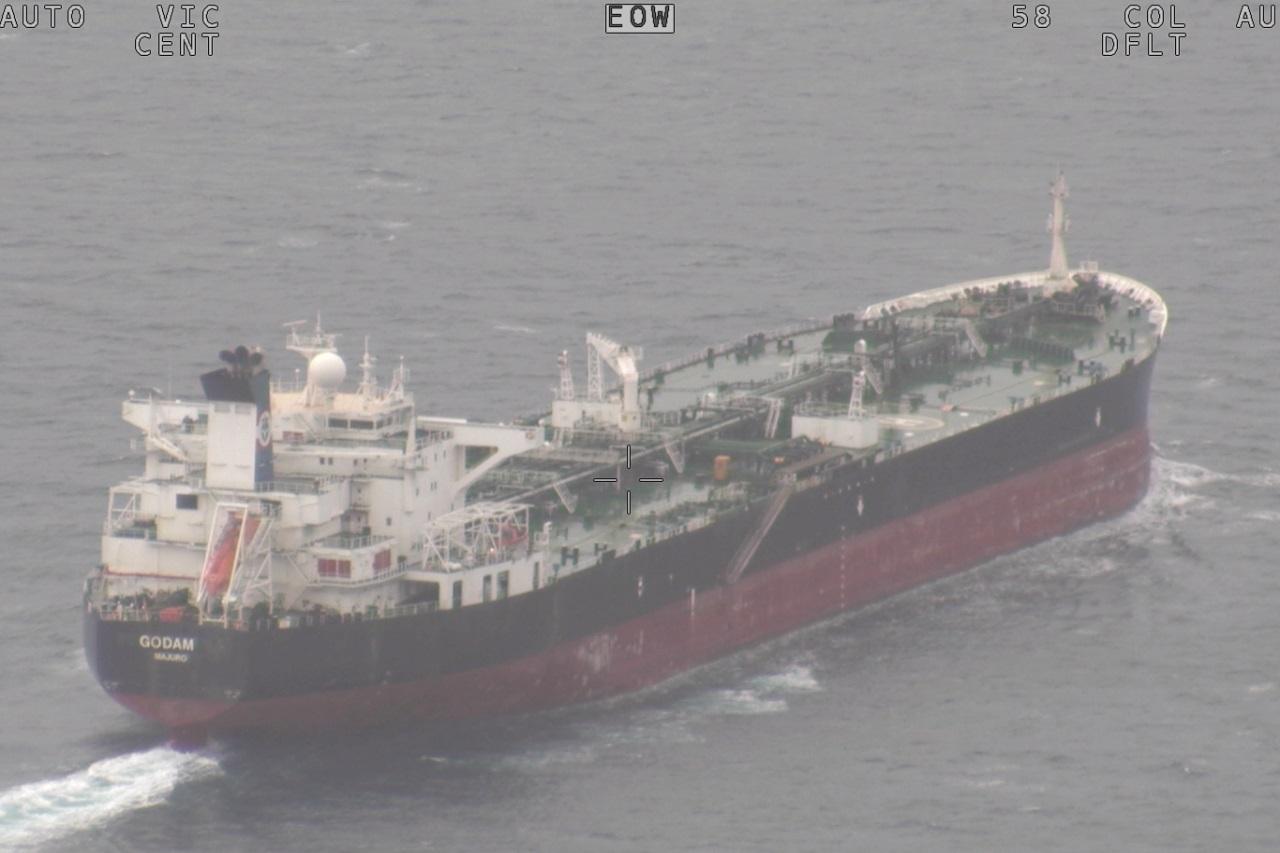 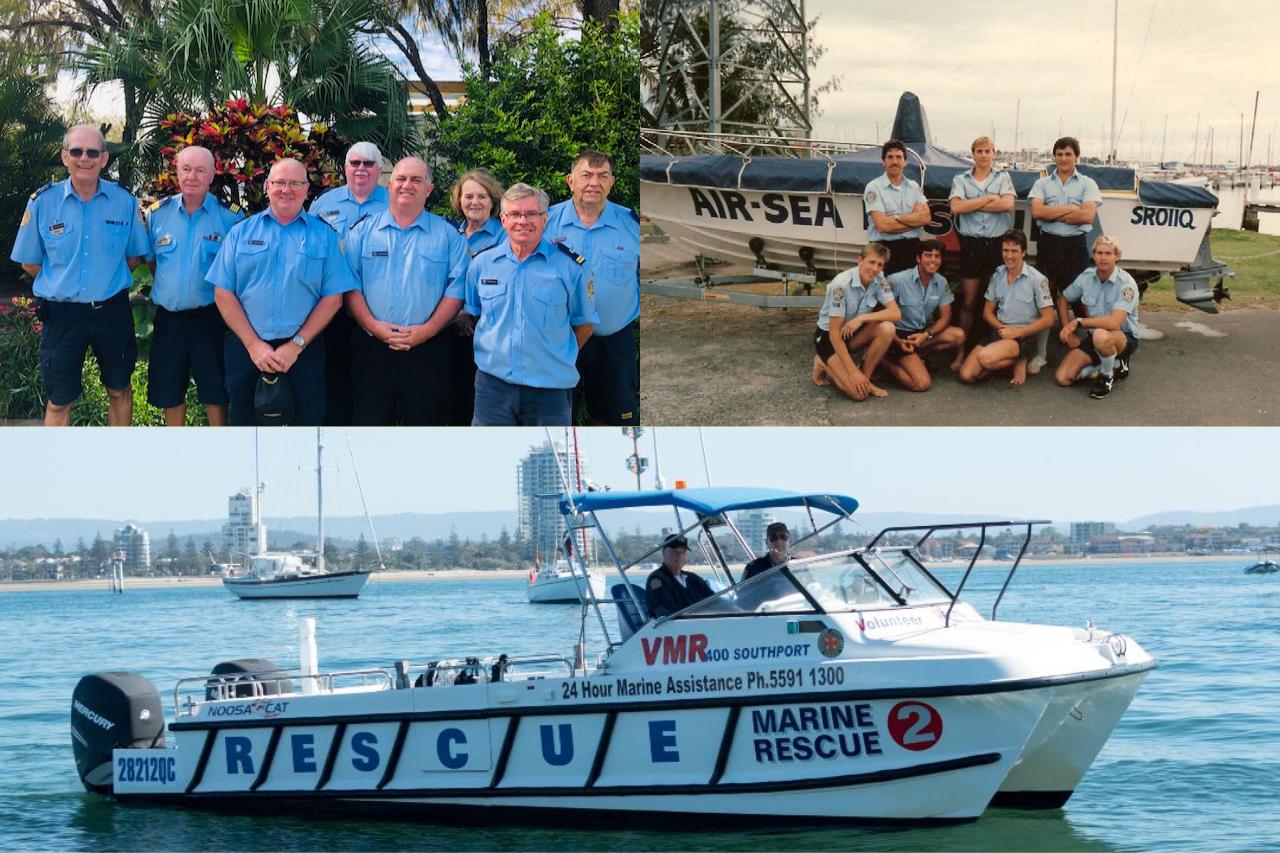 Volunteer Marine Rescue Southport has been in operation since the late 1960s, throughout this time its members have continuously provided maritime search and rescue services to those operating vessels in the waters of the Gold Coast region.

The current VMR Southport Unit operates under a service agreement with the Queensland Government’s Fire and Emergency Department that requires the unit to undertake a broad range of SAR activities including responding if a surface vessel has requested assistance, transmitted a distress signal, is apparently in distress, is reported to be overdue, is unable to make a safe haven or is sinking or has sunk.

It is estimated that in the 50+ years that Southport VMR has been in operation there have been: in excess of 35,000 rescue activations, 2,500,000 volunteer hours contributed, over 80,000 persons returned to safety, 1.8 million litres of fuel used in the 28 rescue vessels that have been part of the fleet over the half-century; and  tens of millions of dollars of property saved from the perils of the ocean.

In order for Southport VMR to achieve its high level of SAR support for those operating their vessels in the Gold Coat waters, they have a 24/7 radio operator and 6 crews, consisting of 12-14 individuals who operate a 24 hour shift over each weekend, including public holidays.

Southport VMR crews include a fully qualified Queensland ambulance service first responder. These professional qualifications provide the ability to stabilise individuals prior to the arrival of more qualified personnel. The fact that there are multiple volunteers qualified in this role demonstrates the professionalism of the VMR Southport crews.

For the past 50 years VMR Southport has ‘walked the talk’ regarding saving and assisting lives and property at sea and providing personnel and equipment in order to carry out search and rescue operations at sea and on the Gold Coast waterways.

Mr Francis “Frank” Egan has been recognised for the Long-Standing Contribution to Search and Rescue Commendation based on his 54 years of dedicated service to the volunteer marine search and rescue sector in Victoria. Frank was a founding member of the Australian Volunteer Coast Guard and has served in many roles at various flotillas in Victoria.

Unfortunately, the record keeping systems have only provided electronic records back to the early 90's, but available records indicate Frank has achieved over 5,000 sea hours specifically related to marine search and rescue. In addition to this, Frank has not only dedicated the last 54 years of service to helping the boating community, but he has also been instrumental in training thousands of marine search and rescue volunteers in Victoria.

There is no specific incident that makes Frank eligible for this award, rather, it is the countless and selfless years of service dedicated to marine search and rescue. There is no doubt Frank is responsible for saving hundreds of lives at sea during this time, while also having direct involvement in returning deceased who lost their lives at sea to their families following extended on-water searches. 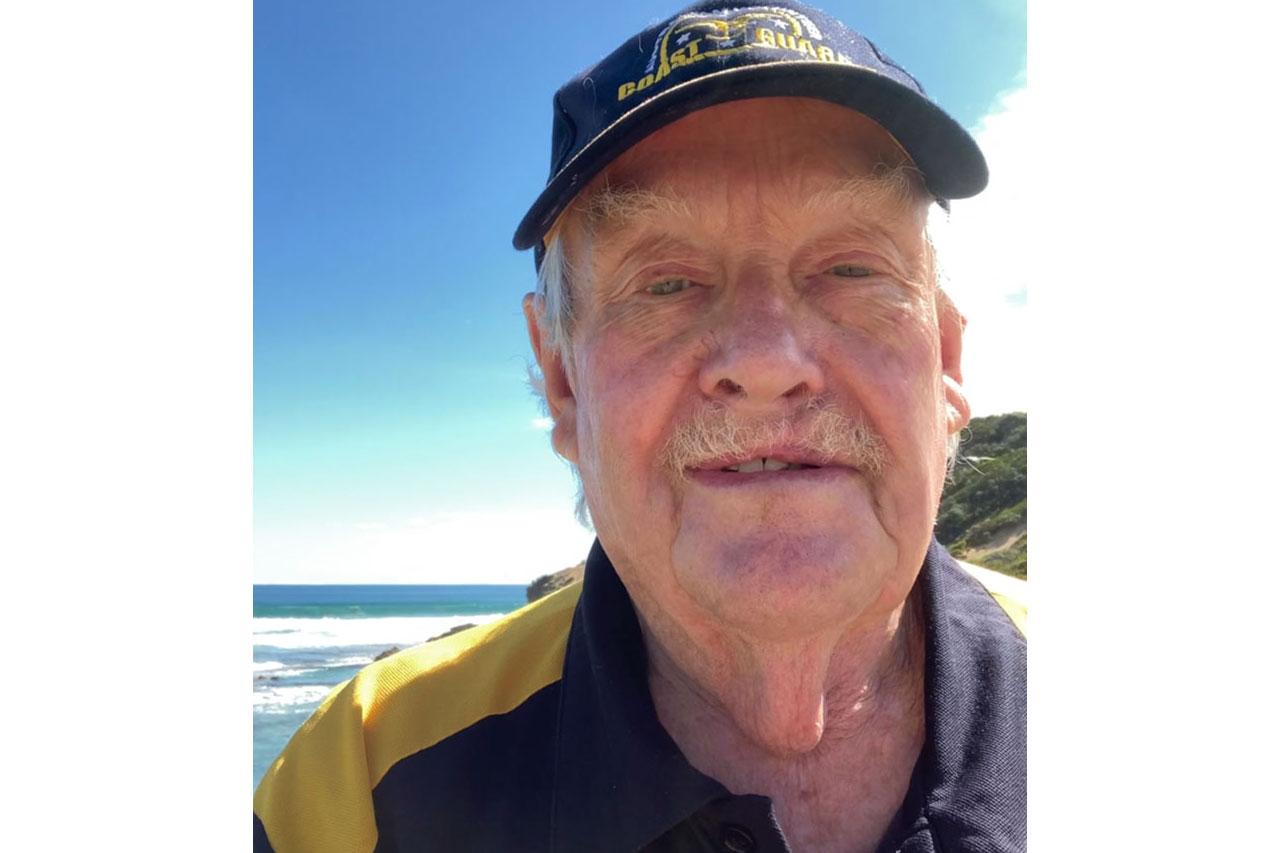 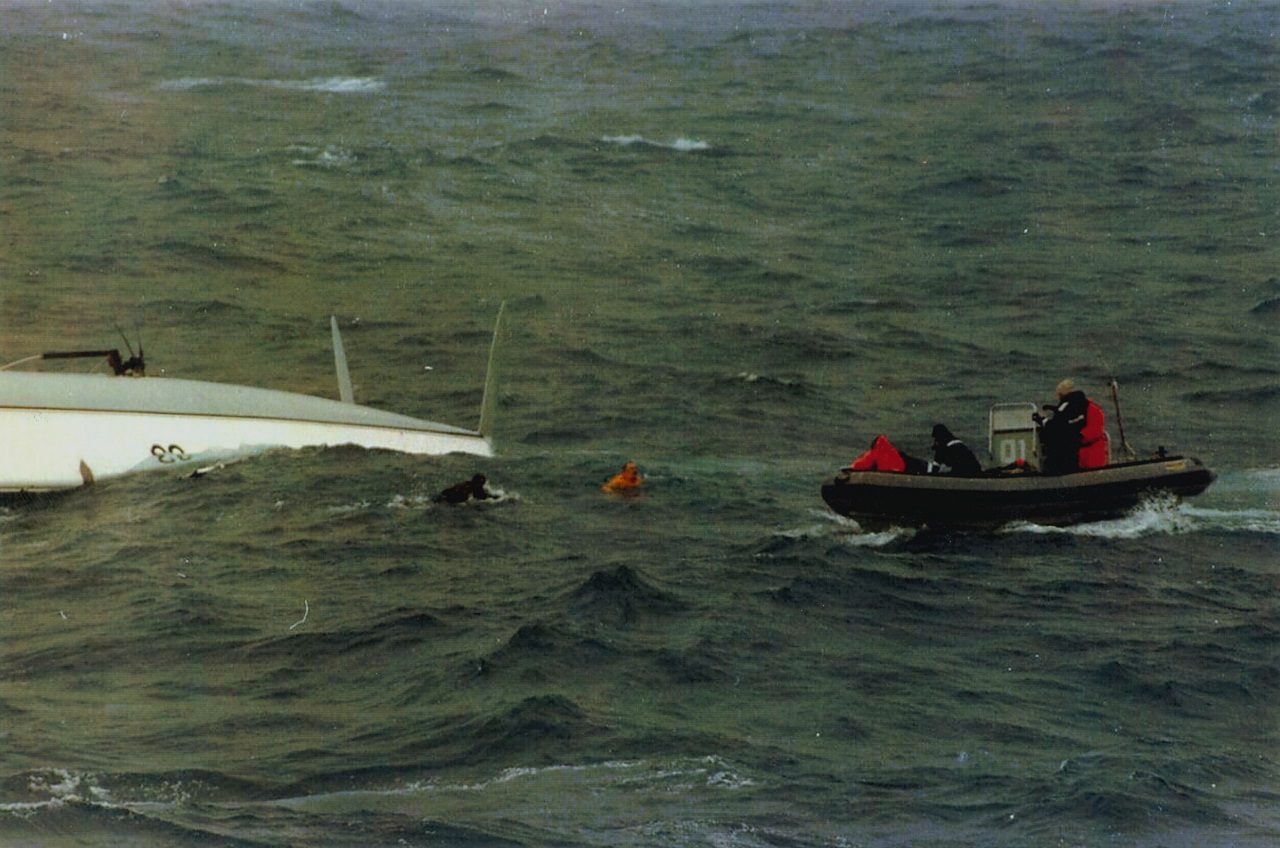 This year’s awards recognise 13 recipients who were instrumental in saving the lives of many people, conducting dangerous operations or contributing to search and rescue over their extended careers.

The dive team showed remarkable endurance and commitment to their role in responding to multiple consecutive marine incidents across the state of Western Australia.

The WA Police would like to acknowledge all volunteer efforts involved in their busy search and rescue season. Although not everyone can be acknowledge for this award, the efforts of the dive team is testament to the collaborative and cooperative nature of the overall national SAR system. 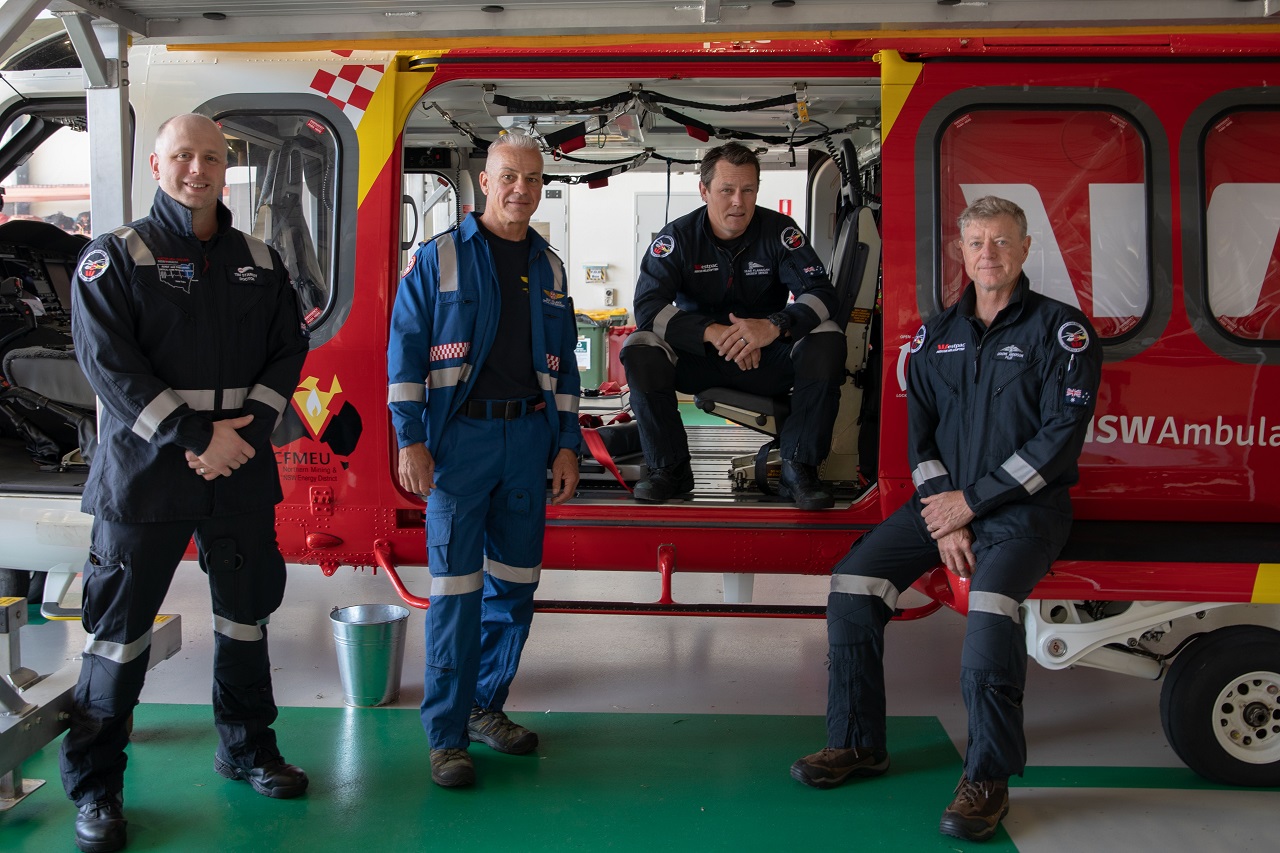 The crew of Westpac 1 showed exceptional skill and teamwork during an incident involving challenging conditions, which were above and beyond most search and rescue taskings. The professionalism and dedication of the well-planned and highly trained crew enabled the successful rescue of two lives.

Bill has played an instrumental role as a volunteer with the TAS SES since 1977. Bill has been involved in many Search and Rescue operations over the years, tirelessly working to save lives, and is an extremely worthy candidate for the National Long-standing contribution to Search and Rescue Award. 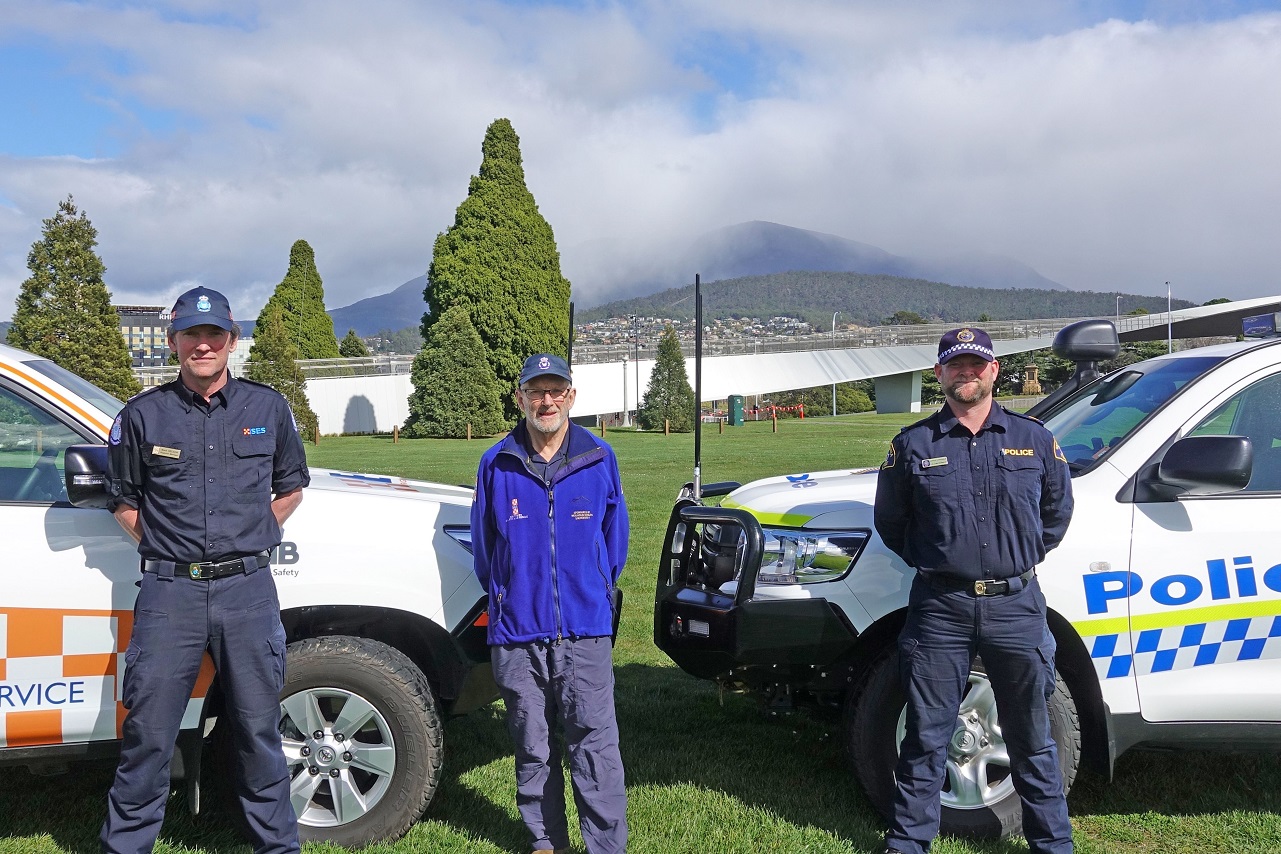 Anthony (Tony) Clitheroe’s passion for the ocean has driven his dedication to the Volunteer Marine Rescue at Rockingham, WA. Tony is the VMR (Volunteer Marine Rescue) Communications Officer and conducts radio support to rescue vessels, monitoring these vessels which they are conducting search operations. The role includes extensive after-hours callouts.