Some marine incidents result in consequences to passengers or crew on-board. These consequences can include injury, person over-board or fatalities. Figure 15 shows the incidents involving personal consequence by severity across each year (2016 to 2019).

In 2019, there were 215 reported crew injuries and 104 reported passenger injuries. 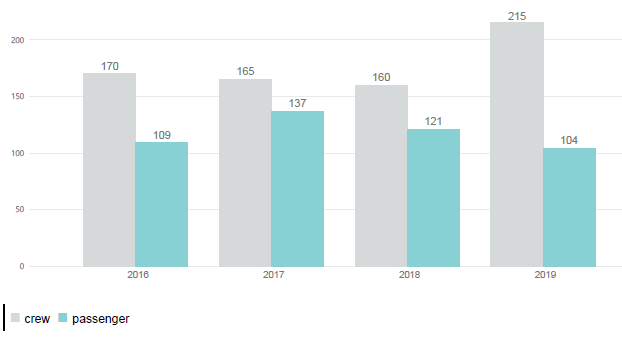 Figure 17. Number of incidents reported with injuries for crew and passengers by year 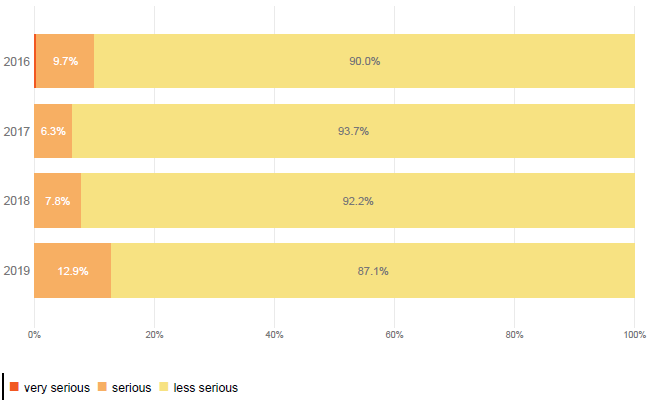