The IMO defines a detention as: ‘intervention action taken by the port State when the condition of the ship or its crew does not correspond substantially with the applicable conventions to ensure that the ship will not sail until it can proceed to sea without presenting a danger to the ship or persons on board, or without presenting an unreasonable threat of harm to the marine environment, whether or not such action will affect the scheduled departure of the ship’.

Note: only ship types with 10 or more inspections are included.

Bulk carriers represented the largest number of PSC detentions, as shown in Table 13. This is expected given the significant proportion of bulk carrier arrivals and the number of ships eligible to be inspected4. The bulk carrier detention rate increased to 6.6 per cent, above the 5.9 per cent average for all ships in 2020. This is a continuing trend as bulk carriers have exceeded the average detention rate for the last five years and are the fourth worst performing ship type in 2020.

* As there are less than 10 inspections of this ship type these are not counted in the performance assessment.

The following is notable with regard to detention by ship type in 2020:

Note: this table only covers ship types with 10 or more inspections. 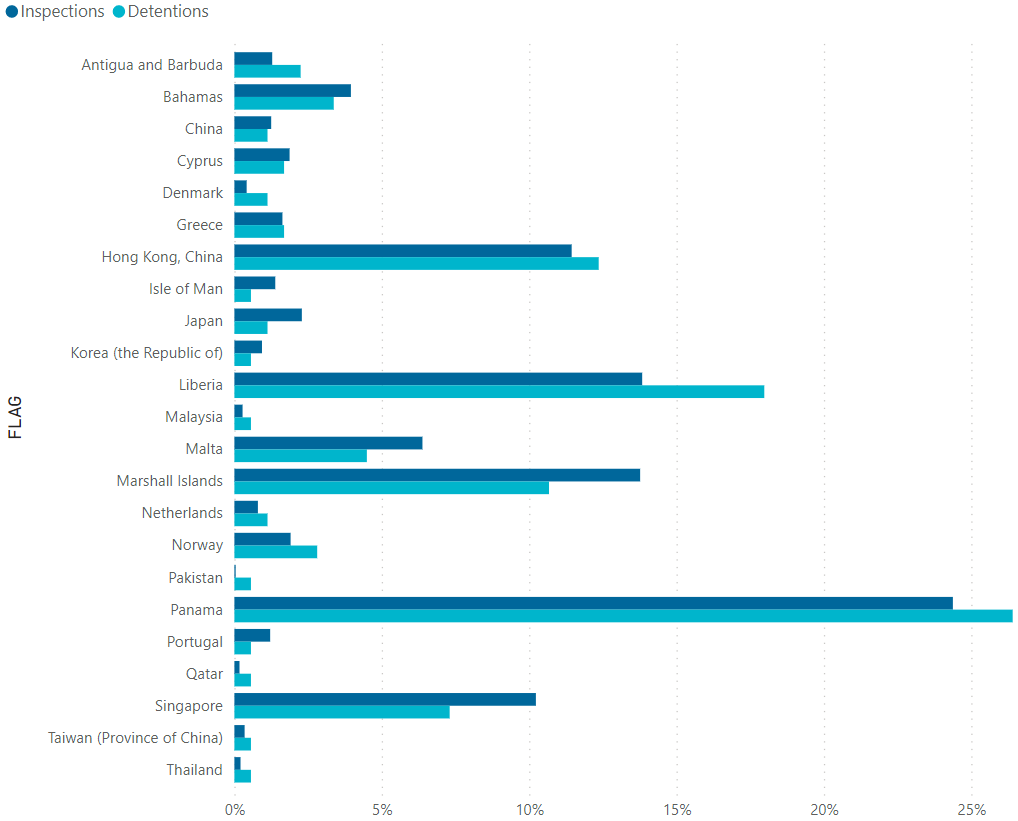 Note: a detailed breakdown of this graph can be found in the Appendix.

Note: flag States above the average detention rate with more than 10 inspections are provided in bold.

4.  All foreign flag ships are eligible for inspection six months from a previous inspection by AMSA or on their first arrival at an Australian port.