Martin is currently the elected Federal President of the Australian Institute of Marine and Power Engineers (AIMPE) as well as being the appointed Federal Secretary of AIMPE.

For over 35 years he has worked continuously for the AIMPE mostly based in the Head Office in Sydney.

Martin has dealt with seafarers’ compensation matters including being involved in lobbying for and participating in the drafting committee for the Seafarers Rehabilitation and Compensation Act 1992, and with health and safety matters including proposing and helping push through the Occupational Health and Safety (Maritime Industry) Act 1993.

Martin served as a Director of the Australian Maritime Safety Authority between 2008-2011.

For many years Martin was responsible within AIMPE for members working in the tugboat industry all around Australia.

Over a period of 20 years Martin held the position of Federal Treasurer of the AIMPE and he is responsible for the AIMPE’s monthly magazine “On Watch”.

Diane Tarte is Director of Marine Ecosystem Policy Advisors providing advice on policy and programs addressing research and management of marine, coastal and catchment areas with a particular focus on ecosystem-based management of catchments, waterways and fisheries.

Over the past 35 years she has been involved in the protection and management of the Great Barrier Reef and Australian tidal wetland areas, the development of government planning and management policies and legislation focusing on integrated coastal zone management and Oceans Policy, and the involvement of the community in the management of marine protected areas, coastal wetland reserves and rehabilitation of riparian zones.

She has contributed to a range of shipping and ports forums, most recently the Water Space Working Group for the North-East Shipping Management Plan, and the implementations of the Queensland government’s Sustainable Ports Act.

The Australian Maritime College (AMC), at the University of Tasmania, is the national institute for maritime education, training and research.

AMC is one of the seven founding members of the International Association of Maritime Universities, which represents five continents.

AMC is globally recognised as being a centre for excellence. Our multi-million dollar suite of specialist teaching, learning and research facilities are internationally acclaimed and are used by Defence, industry and government organisations world-wide to answer leading-edge research questions. In addition, our experienced teaching and research staff have extremely strong industry links.

We offer a wide range of courses from vocational training through to bachelor and postgraduate degrees and doctorates, spanning the areas of: Maritime Engineering and Hydrodynamics, Maritime business and Global Logistics, Ocean Seafaring and Coastal seafaring and Vocational Educational Training Courses.

Our highly-skilled graduates are in demand worldwide, with alumni spread across over 50 countries.

Liz Hay is the Chief Executive Officer and also a Director of the Australian Shipbuilding & Repair Group (ASRG).

Ms Hay co-ordinates a 24/7 emergency voyage repair service in all Australian ports for shipowners and operators, and also through an arrangement of some years with the US Navy.

Over recent years Ms Hay has co-ordinated internationally recognised ASRG Dockmaster Courses throughout the Australasia and South-Pacific regions.  Other areas of training include the implementation of a Joint Training Scheme for boat-building as a subject for secondary students.

Ms Hay co-ordinates industry input for AMSA submissions and representations to the International Maritime Organisation (IMO), and also in respect to domestic issues and Legislation.  Over a number of years Ms Hay has led Australian delegations and participated at many overseas and domestic trade exhibitions promoting Australia’s marine sector capability.

Joel Katz joined CLIA as Managing Director for Australasia and Asia in January 2017 bringing with him almost 30 years of international experience in the travel industry.

He previously served in Executive and Operational Leadership roles with small and expedition cruise lines in Europe and Australia, including Grand Circle Cruise Line, Orion Expedition Cruises and Lindblad Expeditions. He has also worked with both the Hyatt and Marriott hotel companies in Finance roles in Europe, Central Asia and Australia. Joel started his career in the cruise industry working both onboard and then shore-side for Orient Lines.

In his role as Managing Director at CLIA, Katz heads a Sydney and Singapore based team that is responsible for the promotion and development of the cruise industry in the region through trade relations, industry training, and advocacy activities on behalf of CLIA’s members.

This advocacy work on behalf of the whole cruise community is CLIA’s most important focus right now, and CLIA’s travel agent community is critical to the future prosperity of the cruise industry, as CLIA continues to advocate in members’ interests.

Teresa holds a degree in Naval Architecture from the Australian Maritime College and a master’s degree in Business Administration.  Teresa is a member of a diverse range of industry advisory and management committees.

Dr David Goodwin is an Associate Professor at Victoria University in Melbourne and a practising Barrister at the Victorian Bar, with specialisations in transport law, international trade, alternative dispute resolution and corporate governance.

David is the current President of the Maritime Law Association of Australia and New Zealand. Earlier in his career he held a range of senior executive roles in the logistics and steel industries, including with the APL, BlueScope Steel, BHP and ANL organisations.

David is affiliated with Victoria University’s College of Law and Justice and its Business School, where he is Head, Industry and External Engagement. He is also a Director of the Melbourne Maritime Heritage Network and a Fellow of the Singapore Institute of Arbitrators.

Jamie Newlyn is the Assistant National Secretary of the Maritime Union of Australia with responsibility for shipping policy for the union.

Jamie Newlyn was an Australian Merchant Seafarer from 1988-1998, followed by a 5 year stint as a Stevedore before being elected to South Australian Branch Secretary of the MUA.

Dr Matthew Steen is General Manager – Economic Policy at the Minerals Council of Australia, having joined in 2013.

Matthew obtained a PhD in economics from the University of Sydney in 2005 and subsequently worked as an economic policy adviser for NSW Business Chamber, Industry Super Australia and the Australian Coal Association.

Matthew also served as a senior adviser to the Hon Tony Abbott MP when he was Leader of the Opposition.

Mike became the Chief Executive Officer of Ports Australia in April 2017 following over two decades as a Member of the NSW Parliament. During his Parliamentary career Mike was appointed Leader of the Government (NSW Legislative Council 2011-14) Minister for Police and Emergency Service and Vice President of the NSW Executive Council. He has also served as Minister in a number of other portfolios including responsibilities for the Hunter Valley, Central Coast and Industrial Affairs.

Mike served as Leader of the Liberal/National Party Coalition from 1999 – 2014 and has also held numerous Shadow Ministerial portfolios, including transport and ports.

Prior to entering Parliament, Mike served as a member of the NSW Police Force from 1980 to 1996 and performed a variety of duties including Detective and HWP. A large portion of his career was spent investigating corruption matters at Police Internal Affairs.

Rear Admiral Smith assumed the role of Deputy Chief of the Royal Australian Navy on 11 September 2020.

Rear Admiral Smith completed the Australian Command and Staff Course in 2004 and the US Naval War College in 2013. He holds a Masters of Management in Defence Studies, a Masters in Maritime Studies and a Masters of Arts (International Relations)

Melwyn is a Master Mariner (class 1) who has decades of seafaring experience on a wide range of cargo ships.

He joined Shipping Australia in 2015 as the General Manager Technical Services and Industry Policy and has progressed to Deputy Chief Executive Officer.

In addition to providing a wide range of policy and maritime advice to industry, ministers and officials, Melwyn is well-known to the shipping industry having organised and run a wide range of Shipping Australia committees, briefings, functions and events.

A former shipping and ports administrator at state and federal government, Melwyn has brought a wealth of shipping policy and administration experience to Shipping Australia and its membership. He is also a graduate of the Australian Maritime College. 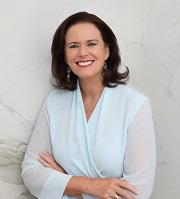 Margy Osmond is the Chief Executive Officer of the Tourism & Transport Forum and has been in this role since October 2014.

Margy is the co-Chair of the Tourism Group of the Australia New Zealand Leadership Forum [ANZLF] and co-Chair of the Safe Border Group established to assist both governments to create the Trans- Tasman ‘bubble’. She has actively led the visitor economy industries through the bushfires and Covid- 19.

Margy has a wide range of Board experience, she is currently on the Boards of TTF, Sydney World Pride 2023, UITPANZ and sits on the Federal Government’s Biosecurity Futures Group and a range of State Treasury groups focused on restarting the wider economy.

Alison is an influential force in the maritime community, appointed as the WISTA Australia President in 2018. She also contributes her knowledge as a committee member of MLAANZ and a member of MMIF.

With Alison’s expert knowledge and industry experience, she also currently teaches as a Master’s Lecturer in Business and Company Law.

Alison founded the Maritime Law Firm, Cusack & Co in 2018 with a decade of industry experience and academia behind her. Alison provides the industry with a values based legal firm designed to provide its clients with the flexibility to do things differently. She enables her clients to not only solve their immediate issues but to help their business manage their risk for the long term.